Why The Hawks Are After CBN Governor And INEC Chairman 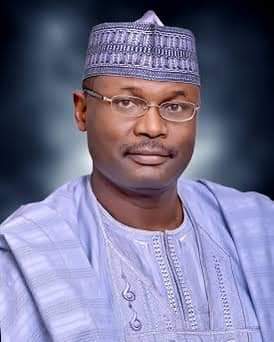 The same hawks circling and baying for the blood of Godwin Emefiele, CBN governor, for the offense of introducing a cashless policy a few months before a general election are also hunting for the head of INEC chairman, Prof. Mahmood Yakubu, to be served to them on a platter.

For being so daring and bold, the hawks went after him.

Their plan is to humiliate and hound the man out of office before arresting him before the main election.

Just yesterday, the High Court of the Federal Capital Territory (FCT), Garki, quashed the allegations of false asset declarations against the INEC chairman.

Apparently, these desperate politicians went to court through their proxies to allege that the INEC chairman acquired some properties with stolen money and that those properties were not declared as was expected of him by law.

So they asked the court to make an order for INEC’s boss to step down because of the frivolous allegations.

They went ahead and asked the court to order the DSS to arrest the INEC boss, and then another order was issued to stop the INEC chairman from holding or assuming any public office for a period of 10 years.

Thank God that the judge was gracious enough to see through their evil plan and then refuse to be an agent of destruction.

Justice M. A. Hassan declared that the INEC chairman cannot be removed over fabricated allegations of false asset declarations.

The court barred security agencies from investigating him over his valid asset declaration.

But these evil, despicable, desperate politicians are not resting.

They are not resting on their laurels until they see Emiefele and the INEC boss disgraced out of office.

It was Wendell Philips who said that eternal vigilance is the price of liberty.

If the Hawks’, the Cabal succeeds in removing Emiefele and the INEC boss at the same time, then it is bye-bye to our democracy and bye-bye to free and fair elections.

It is well with Nigeria.

Share
Facebook
Twitter
Pinterest
WhatsApp
Previous article
Saudi Arabia To Allow Cristiano Ronaldo Live With His Patner, Georgina Rodriguez Despite The Country’s Law Forbidding Unmarried Couple Living Together
Next article
What Nigeria Must Do Right In The Education Sector