My Experience Renewing My Passport At Nigeria House, New York 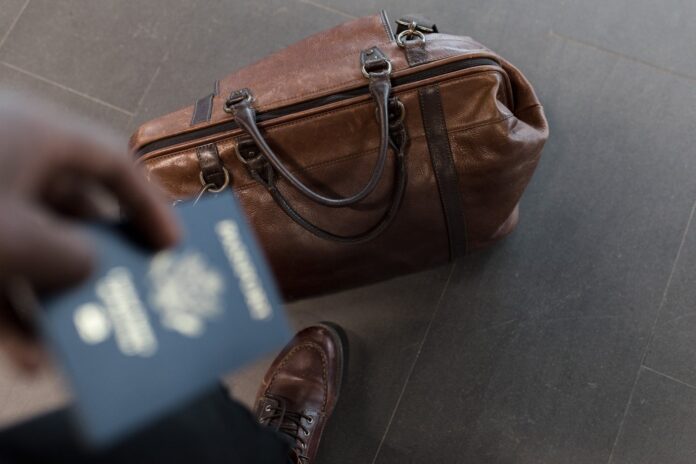 When it was time to renew my passport, I found out that a NIN was now required for passport renewal.

Unfortunately there were no NIN centers in the whole of Washington state. So I had to fly to Dallas Texas to get my NIN done.

I did my biometrics, paid the fee and flew back home the next day.

The NIN took about a week. I was emailed my NIN number and my card afterwards. Then I used the NIN number to apply for a new passport choosing New York as my preferred embassy.

Now here’s where the mistake on my part was. Because I was emailed my NIN number first before the card, I didn’t realize there was an error in my first name. Didn’t even check the card.

My official first name is Islammiyyah Omotoyosi. Then I have other middle names 🤥🤦🏽‍♀️ (yeah I know my parents did me bad here).

The reason why those two names became my official first name is because I only used Omotoyosi from childhood till I was about to get into Uni. However my birth certificate had Islammiyyah as my first name. So before I could get into uni, I had to do an official name change and made both names my first name so I could use it interchangeably.

Well the center where I did the NIN made an error in the spelling. Added double I’s to my first name. So my NIN was officially not registered to my name.

Back to the embassy.

I got to the embassy at 8.30am and was directed to where I should sit. There were about 7 people there.

9am prompt, a lady came by the window and asked us to form a line. She was checking your documents and postal envelope. A few people didn’t have the required documents so she told them what they needed.

Got to my turn, she checked my documents, I had everything including my NIN. I was told to go upstairs to pay my admin fee and get my biometric done.

I got upstairs, paid, submitted the rest of the documents. I was given a ticket number. I was number 3 in line.
By this time I was so happy because it felt like I could finally get out of New York earlier than planned.

I got there and I was told my NIN could not be verified. There was no NIN attached to the name on my passport.

I still had my NIN card on my phone so I showed him. They checked again and still nothing.

Remember I hadn’t even checked my NIN card up to this point. I had the number saved on my phone as I figured that was the only important thing.

I looked over the card again and realized there was an extra I in my name. I informed the staff at the window and he said that was where the problem was.

I would have to either do a modification or change of name. Which would then be approved by NIMC Abuja first before I could get my passport biometrics done.

I immediately started calling the agency I did my NIN in Dallas. Couldn’t reach them. I called my sister and best friend and told them to help me drive there and talk to the man.

Long story short, I ended up having the longest day of my life yesterday. I did a lot of back and forth Uber rides between Nigeria House and the Bronx where I went to do a NIN modification. I had to do the modifications twice and paid each time.

I was so tired, disheveled and cried at some point.

I was in contact with one of the senior staff at the embassy who came through for me big time.

Now back to my honest review.

I was really surprised at the service I received In Nigeria House. All the staff were extremely nice. From the man at the entrance who helped me call the office in Bronx for my modification to the staff who was trying to figure out what happened with my NIN.

Everyone was so nice. The person I was in contact with who I met via Facebook pulled a lot of strings for me. Otherwise I would have had to wait a week to get my biometric done.

Despite everything that happened (which was not their fault in anyway), they still tried to help me. Especially when they realized I came from out of state to get this done.

The kindness I was shown yesterday at Nigeria House makes me remember just how wonderful our people can be when they are put in an environment that thrives.

If I didn’t have the NIN issue, I would have been out of there in 2 hours tops.

If you are considering going for your passport renewal, please consider New York.
Make sure you have everything you need.

You CAN NOT get a passport without your NIN. Make sure your NIN is connected to your profile. And you will be out in less than 2 hours.

Well done to the staff running the New York Embassy. And thank you so much again for all your help.