This is a collection of the best funny Naija jokes and funny Nigerian jokes. Nigerians are some of the funniest people on planet earth. Nothing seems to get to us. Please read, share and enjoy. Always updated with the latest Nigerian funny jokes and laughs.

Akpos was being discharged from a Mental Hospital after doctors thought he was finally back to normal. He was put in an ambulance to be taken back home. He claimed he knew the house so he led the doctors. They took him to where he claimed he lived.

Just as they approached a certain house, two kids, dressed in uniforms came out of the house. Akpos screamed, “Those are my children going to school!”

Akpos, who was in a mental hospital was being reviewed for possible release.

When asked what he would do if released, he replied, “I am going to make a slingshot and come back here and break every damn window in the place.”Obviously, his release was denied.

Six months later, the board was again considering his release and again asked him the same question. His reply was the same.

“I am going to make a sling shot and come back here and break every damn window in the place.” Again, he was turned down.

Several months later he was complaining to a fellow patient that he could never seem to get released. The patients asked him what he said when they interviewed him, and Akpos told him.
The patient said, “You will never get released with answers like that. You have to tell them what they want to hear. Let me give you some advice on how to answer them when they ask you questions.”
So, after considerable coaching, Akpos felt that he was ready.

So when the board met again, they again asked him what he would do if they let him out. But this time he was ready.

Akpos said, “I am going to get a job, find an apartment and settle down.”
“Good,” they said, and then what?
He said, “I want to meet a nice girl and start dating.” They agreed he was making real progress and asked, “And then what ?”
“One night when we are alone in my apartment, I am going to make passionate love to my girlfriend. I am going to take her dress off, and then take her bra off and lie her down on the bed.”

“Yes,” they said excitedly.
“Then I am going to gently remove her panties,” he continued.
The board members were really getting excited now and asked, “Then what are you going to do ?”

He said, ” I am going to take the elastic out of those panties, make myself a slingshot, come back here and break every damn window in this place!
…..

An American lawyer and a Nigerian are sitting next to each other on a long flight. The lawyer is thinking that Nigerians are so dumb that he can fool them easily..,….,. so the lawyer asks if the naija guy would like to play a fun game. The nigerian is tired and just wants to rest, so he politely declines and tries to catch some sleep. The lawyer persists and says that the game is a lot of fun “I ask u a question and if you don’t know the answer, you pay me only 5dollars; you ask me one and if I dont know the answer, I will pay u $500.
As naija no be dull guys naau, this catches the nigerian’s attention and to keep d lawyer quiet, he agrees to play the game.
The lawyer asks d 1st question “what’s the distance from earth to the moon?
The naija guy doesn’t say a word, reaches in his pocket pulls out 5dollars the hands it to the lawyer. Now, it’s the omo naija turn. He ask the lawyer, “what goes up a mountain with 3 legs and comes down with four?
The lawyer uses his laptop, searches the internet and even the Library of Congress. He sends emails to all his smart friends he knows, all to no avail. After 1 hour of futile searching, he finally gives up. He wakes the naija guy and hands him $500. The nigerian pockets the $500 and goes right back to sleep.
The lawyer is going crazy not knowing the answer.

So he wakes the naija guy up the asks, “well, so what goes up a mountain with 3 legs and comes down with four? The nigerian reaches in his pocket, hands the lawyer 5dollars and goes back to sleep.
…..

A man fainted outside Mr. Biggs (an eatery). Soon a crowd gathered around him and someone suggested,
“Give him some water, it will help.” Hearing this, the man opened one eye and said, “Commot from here, if na water I wan drink, I for go faint for DAM na.
……..

A man went on a night out with his
friends the wife is furious and tells
the kids that when he comes back
they must not open the door for him.

At about12 o’clock the man comes
back and knocks…
the Wife tells him “go sleep where your
coming from ” and the man
answered” I’m not here to sleep my
dear , I’m here to collect condoms in
my room on top of the table or give it
to me, there’r lots of women at the party!”

The wife opened the door and dragz him inside. sayin
“eediortt” you are not going anywhere enter now. me sef neva satisfied.
She locked d door
…….

AKPOS: My new bicycle has been
stolen.
POLICE: When did u notice?
AKPOS: This morning
POLICE: Do you have a suspect?
AKPOS: Yes,my mum and dad.
POLICE: why do u suspect them?
AKPOS: yesterday at midnight i heard
mum say make it stand well so I can
seat on it very well ”and dad said
”climb up fast before it falls .and mum
said ”push slowly slowly dont hurt
me……
.police hahaha o boy na senior
bicycle be that ooo
…….

Naijapolice..afta checking a man’s papers and everytin de intact.
Police > i beg borrow mi ya fone make i call ma friend
driver : i no get credit o
Police > Oga u no get credit 4 fone, so if u get accident now how u go take call ur people to come carry u ? oya park !!
…….

naija police.
After chekin d guy documents and notin to charge him for.
Police > bros anytin 4d boys
Seun > oga police notin o. I no de give u anytin
Police > but a sticker on ya car reads ‘ am a cheerful giver.
Seun > forget dt one, i jux put am dia, infact i am allergic to giving sef
Police : Paarrkk parkkk. You are arrested for deceiving and misleding d general public
…….

A husband comes home from Church, greets his wife, lifts her up and carries her around the house. The wife is was
surprised and excited! She asked with smiles, “Did the Pastor preach on being romantic?” Out of breath the husband replies, “No, he said we must carry our burdens…”
Wife lands him a thunderous slap
…….

Akpos just got a job as a porter in a five star hotel in Abuja.
The manager told him “In here we give every customer personalized services and you have to be very observant so you know how to address their every need even before they ask.”

Before the manager could finish, a couple walked through the hotel entrance and the manager quickly
approached them, nicely took their baggage and said,
“Welcome Mr & Mrs James, it is our delight to have you in our hotel. Please come this way to the reception” and he led them to the reception.

After the couple had been taken care of, Akpos asked the manager, “Has the couple been visiting this hotel before?”
“No” came the reply from the manager.
“So how come you knew their name?” asked Akpos.
“That is why I told you to be very observant. All I had to do was quickly look at the label on their baggage
while I’m taking it from them and see the name on the tag.”

“Oh, here comes another couple. Why don’t you give it a try?”
“Ok” said Akpos and he hurriedly approached the couple, helped them with their luggage and said,
“Welcome Mr & Mrs SUPERIOR HAND MADE LEATHER! We are delighted to have you in our hotel…”

Akpos the house help, entered Madam’s room without knocking.
MADAM: Akpos, this is wrong, what if I was Unclad or dressing up?
AKPOS: That can never happen, madam.
MADAM: How can you be so sure?
AKPOS: I always peep first and if you are Unclad, I’ll just wait and watch until
you have dressed up before I enter.
Akpos is currently in the emergency room of a general hospital
……….

CUSTOMER: na wa oh! Person go dey call una on top him money, na nonsense music una go dey carry person play, abi una think say na flash i dey flash since?
CUSTOMER SERVICE: thanks for calling customer service. my name is kingsley, how may i help you?
CUSTOMER: help who? If i tell you my problem una go fit help me?? Na una get problem yet na una go dey ask person him own problem. For the past three days now,network no dey my phone, i no fit send text, call out or even browse, shey na by force to give the whole nigeria free browsing? Una carry the browsing wey people pay for
give people wey no pay still yet na promo una claim say dey happen, which kind level be
CUSTOMER SERVICE: we apologize for
any inconveniences sir, what’s your name and where are you calling from? CUSTOMER: na thunder go disvirgin all una mouth, na my name go solve the problem? Abi craze dey play draft with ur head? I say i collect number frm one fine girl since on Friday reach today, i never call am! And i wan carry am comot dis saturday today na Friday already, As i dey talk so i never fit
call am, make una no fall hand θ.. Cos ah don send am N1k card. 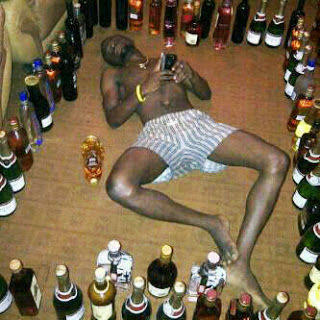 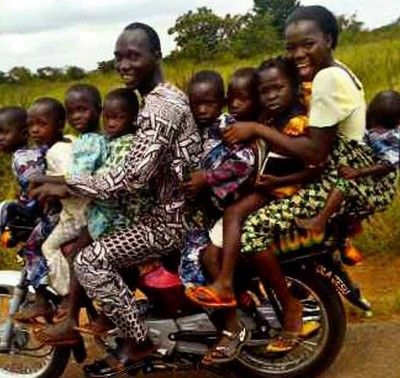 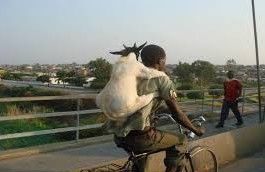