THANK YOU DONALD TRUMP: ON YOUR FIRST DAY IN OFFICE, YOU SAVED NIGERIA  OVER 200 MILLION DOLLARS ($200m)

●FOR NOT INVITING BUHARI AND NIGERIA GOVERNMENT TO YOUR INAUGURATION

You have saved us $1.5m of taxpayers money that Buhari would have used to land in the USA, mope around all day, smile and laugh, then sink in a deep cough and not hear a word; finally come back emptier than ever!

You have saved us N3b naira worth of billboards, banners and posters that Okorocha Rochas would have put up with slogans like,”The latest face of change” to deface Imo state and tell Imolites they are owing him N36b by 2019!

You have saved us over $1m that Aisha and Zara would have used just to come sit at the diplomatic stand, chew gums, snap Selfies and update profiles with “Fayose see me and Ivanka” and “Ivanka’s complexion on my mind”

You have saved us over $1m, the cost of carrying Rotimi Amaechi, whose next newspaper headline on return would have been”American companies have sworn to build 36 rail stations for 36 states” and “Trump hates Wike”

You saved us lies!!!
Lai Mohammed was already rehearsing his scripts and I am sure,” Trump begs Buhari to partner with him”, “Trump to Buhari: you are a messaih” would have been his first lies. This would have cost us N850m!!

All the estacodes…a minimum of $250k and a crowd of not less than 130 persons including PAs of the PA to the SA of Senior SAs.

Thank you once again Mr Trump! Thank you for not inviting us!

I am sure the 19 Northern governors would have used the opportunity to conclude their meeting with Mr John Kerry and that is $1m × 19 = $19m ( don’t bother using BODMAS, we have saved that).

I am sure some of the constituted authorities like Ajimobi of Oyo state who cannot pay salaries or fund education in their states would have been there with federal allocations, not less than $10m budgeted.

Our 3 in one minister and jack of all trade, Babatunde Fashola would have been in the parade too. Just $50k would have taken him to and fro but I bet you, he will update his website with $2m with messages like,”American Electricity company takes over kainji and 400 power stations “!

I did not forget the failing health of the president (that has refused to fail totally) and I know what your health system is like, so this would have been a glorious opportunity to spend his leave there…please that one I am not sure we can fund it alone without the help of IMF and the world bank if he was in America…

You saved us their noise,  their pride, their nuisance, cost of gingles, their cluelessness, the appalling photographs that you will not know when they have snapped it but they will use it as 2019  election campaign posters!
On your first day in office, you saved us over $200m in this recession!!!

This is the money they siphon from our pockets while their gullible fans are on fb, tweeter and all social media shouting its PDP vs APC!!!!

By Bishops Edwin and rebroadcasted by Fejiro Oliver.

What an interesting line of thought, Nigerians  don’t take last! 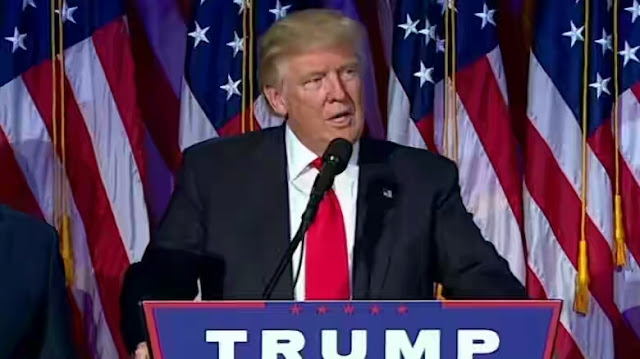