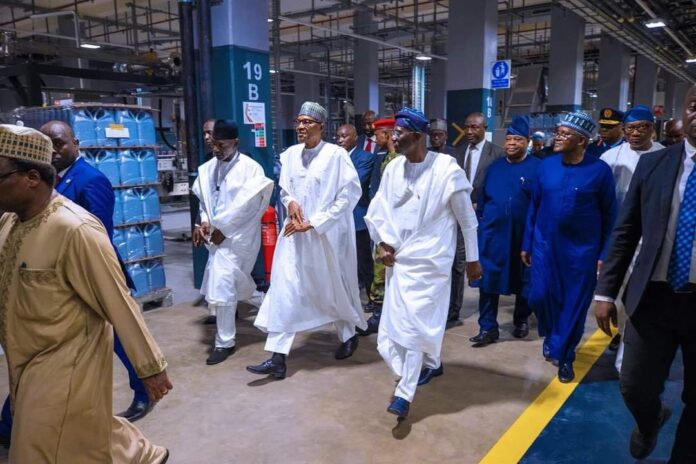 The 200 million-liter lubricant plant is the first of its kind in West Africa and covers the entire value chain of lubricants.

Dantata stated that the plant will not only generate foreign exchange for the country through product exports but also meet the needs of neighboring countries.

The lubricant plant has the capacity to produce 1,700 different products and will play a key role in Nigeria’s economy by boosting youth employment, generating revenue, and reducing the country’s import dependence.

The lubricant plant, located at the Bestaf facility, was inaugurated by Nigeria’s President Muhammadu Buhari on Monday evening, in the presence of Lagos State Governor Babajide Sanwo-Olu and other dignitaries.

Sanwo-Olu described the facility as an integrated first-class factory and highlighted the president’s excitement that the country’s captains of industry had continued to rise above all odds, despite the global pandemic challenge.

The Managing Director of Bestaf Trading Company, Andreas Wielsch, stated that with the lubricant plant, the company would be able to produce about 50 percent of Nigeria’s annual lubricant consumption of about 364 million liters.

He added that the launch of the new facility will drive the production of 200 million liters of lubricant per year, which is more than enough to cover 50 percent of the country’s annual consumption.

The launch of the lubricant plant by Sayyu Dantata is a significant step towards the growth and development of the Nigerian economy and a positive indication of the potential for more such investments in the future.

It is a clear indication that, despite the challenges posed by the global pandemic, Nigerian businessmen and captains of industries are determined to continue investing in and developing the country’s economy.