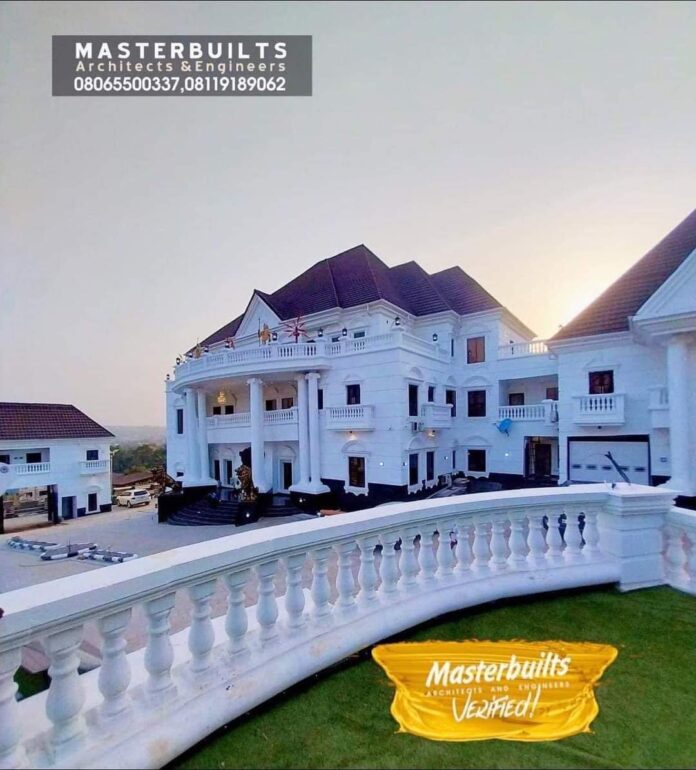 In my many conversations with my dad, I asked him why the Igbos spend an enormous amount of money building giant homes in their villages. In a nutshell, our people are in love with their ancestral home.

He described how the civil war caught many Igbos off guard and how many of our people returned home to squat with distant uncles and the rest. And of course, it did not end well.

So this scarcity mindset shaped a generation that vowed that even if they were living in a one-room apartment in the city, they made sure that they built a befitting structure back home in the village.

Even if it does not make economic sense to leave an empty house in the village, it is a psychological thing, and this practice, cultural rites have been handed down from generation to generation.

That was the mindset that informed Onyeka Osakwe, a health care provider based in America. to build the white castle that has been trending in Nnewi since January 1.

“If our people that live abroad could buy mansions worth millions of dollars in America, he doesn’t see the reason why he wouldn’t bring a befitting property for a man who had worked so hard back home.”

To demonstrate his resolve and the mindset behind Igbos spending billions to build their village house,

The US-based health care provider personally designed and built the Igbo hut in memory of his late father and Igbo ancestors who were displaced from their home due to the Civil War.

Out of curiosity, I asked around for the company behind such a masterpiece. I was told it was a company Masterbuilts Architects and Engineers run by a 32-year-old young Nigerian Nonso Masterbuilts that was behind the masterpiece.

They were the architects and engineers behind the well-designed house that left many on social media in awe of the design and resources that went into it.