So what sucks more than liking someone who does not feel the same way? It will be awake at 00:50 thinking of popcorn.

I am actually sleepy but I am sort of sub consciously fighting it. These days, i have found something about myself, I have grown from trying to force my opinions on people to understanding why some people act in a certain way and that has helped me become a better friend and proper better solutions and give better advice.

I am now able to look at things from the eyes of other and understand why they act in certain ways.

Like why some guys will treat women badly cos they were once treated badly by a woman and so they feel the need to revenge just to satisfy the hurt that person put in them.

I see why a man would cheat at every opportunity because his ex did while he was single and when he found out, he was distraught and angry so he decided it won’t happen again.

I see why a guy would lie just to get a girl into bed cos a lot of girl would mock him if he is not able to. I see why a lot of guys would lie to have sex and then dump the girl.

I see why a guy will not respect women at all and call them all names.

On the flip side, I see why women are so bitter and call all men dogs, I see why women will say no man is worth loving os they gave their heart to one who turn out wrongly and so never again.

I see why women will never be independent as they don’t see why they should invest in a guy and they will see all men as liars.

It is a vicious cycle. A man who is hurting from his past relationship gets in a new one with a girl who has never dated and takes the hurt with him. Due to his hurt, he takes revenge on the innocent girl who is inexperienced and she is scared.

The girl then takes that hurt to the next girl she meets who is a believer and she goes all bitchy and the guy decides all women are something else.

It is sad cos almost everyone out there has a painful story and almost every jerk has a reason for it.

Imagine a girl who tells her BF that if he does not get her some money, she should cheat. He tries his best and comes up with half but this girl is a tramp so she sleeps with another guy to make up the rest, the guy finds out and says the normal “all girls are dogs”. This same guy goes into his next relationship with the old thoughts and start to cheat so he won’t feel so hurt if the new one cheats and when she finds out, she gets pissed and takes it out on the next guy or guys she dates.

Does this remind anyone of anything? Yes….Nuclear fission chain reaction and it can’t be controlled as everything spirals out of order.

And then there is another source of trouble we need to see.

* How many girls would date a broke guy? Like a guy who has no cash and to even buy airtime to his personal phone to call he is problem even if he is cool? Please be honest.

*How many girls would date a sweet guy who cares for them and puts them before anything else but is ugly?

*How many girls would date a guy they are older than?

*How many guys would date an intelligent and out spoken girl who is strong and independent and knows what she wants?

*How many guys would marry a lady who can’t cook and is too busy with work to clean?

*How many guys would date a girl who refuses to allow the guy treat her like crap?

*how many people will marry or date someone their parents and society does not like?

We have set these standards for our selves and even though a lot of people deny it, it is true. A lot of us are bias, tribalist, racial, and have all sort of silly preference hence our search for happiness ends up in frustrations.

Human emotions are funny. Well funny is a good way to describe it because any other thing is just inadequate. I remember a story about a man who opened a facebook account and used that account to flirt with his wife. He continued with it until his wife fell in love with that alternate person and was even thinking of leaving her husband for the handle and it got me thinking. Was the wife really wrong or was there more to this than we see on the surface?

Now I once likened falling in love to Boolean algebras and truth tables. Of course the inputs of anything will definately determine the output and like Boolean algebra, most times, the input describe and give a definate answer on what our emotions will be towards the person with the inputs.

Just because a statement is true does not mean it is a fact, that might be discussion for another day (I will brush it though) but what makes a statement true? It is the inputs. If a woman loves a man who is kind, listens to her and is always there for her, she is likely to fall in love with any man who shows such attributes. Now if the same woman also love men with with nice voices it is an addition.

Now if a womnan loves men that are kind and caring, and while dating her husband, he showed these attributes, (lets call them inputs) the output might be the woman falling in love because he has fulfilled the conditions for the output to be love. So she loves him.

For none programing or science folks, if a person finds caring as a must in someone she will love, it will be implausible for her to love someone who is not caring. That input is missing as it is an “AND” expression. It must be present for her to love you. So can we really blame the woman who fell in love with her husband’s alternate account?

He presented all the inputs she needed to fall in love. The expression was complete and total. He probably showed her all the qualities of the man her husband was when she fell for him and hence the result was Love. If he had not showed the attributes that trigger her emotions, it possibly won’t happen.

Now some people argue that women love the “Bad guys” but they forget that bad is relative. Sometimes, there is something these bad guys have that triggers the love output. A woman who love guys who can make her laugh and dance might be willing to endure the fact that he is a drunk and a spendthrift.

These attributes to her is just part of the “OR” gate expression. To her, it does not really matter as long as he has the positive attributes, the output will be love.

Does this explain why some women stick with their irresponsible spouses? Maybe. The man might be a sick person to the outside world but there is a part of him that just trigger those emotions in the spouse and because most humans can’t fight love (it is a factor of want and need. Later discussions), they fall hopelessly and fail to see the ills as a reason to leave him.

It is all Boolean algebra.

Now on to what I said about how a statement can be true and not be a fact.

A man can love a woman because
of some attributes (inputs). So the truth is that he is in love with her. But is it a fact? At that moment, it is true since the inputs are unchaged but immediately a new variable is added ie. The woman nags, it throws the dynamics into a new light and that true statement “He loves her” becomes untrue. Then we start wondering what went wrong without wanting to check the inputs.

Fact is that Acid+Base= Salt+Water because it is true for every Acid and Base input no matter the time or date, the output will be salt and water

But “Eze Loves Tolu” is not always true as in 5 months, the dynamics might change and although it is the same Eze and the same Tolu, love might not be the output. 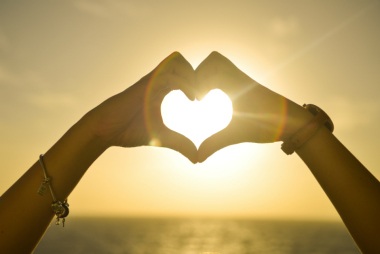 Dairy of a Fuckboy by Joro Olumofin.