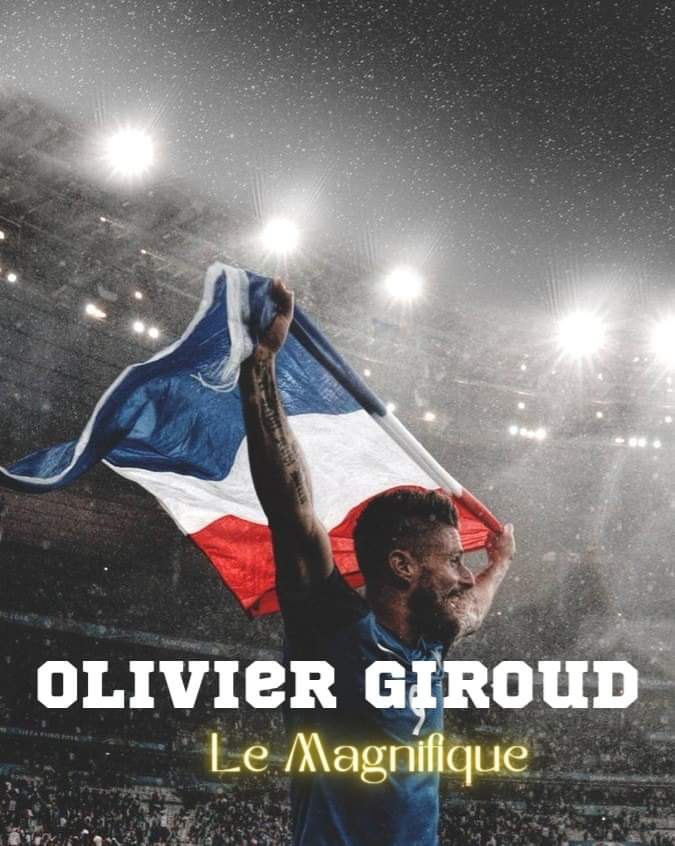 𝕱𝖔𝖚𝖗 months ago, Olivier Giroud is drifting down the left as Ac Milan presses Koln on the counter in a club friendly. A series of quick passes later, he finds himself facing the goalie in a one on one, in a tight corner of the post, with the goalkeeper rushing towards him, hands spread, trying to cover as much space as possible.

Other strikers would take a quick shot. Other strikers would try to round the keeper. But Giroud does something else; he plays on the momentum of the onrushing goalie, his first touch a well-measured lob that whirls the ball over the keeper’s head, the kick so light that Giroud could run around the mesmerized goalkeeper and still have enough time to thunk the ball into the net before it could hit the ground.

Giroud is 36 and he stands out in lineups at a towering 6’4. In a career that has seen him don the colours of prominently Arsenal, Chelsea and currently Ac Milan, his name doesn’t come up when conversations about the best strikers in his era are held, but Giroud knows how to tower above his contemporaries and he does it by scoring magnificent goals that get everybody talking.

36, 6’4, acrobatic volleys, hanging thunderbolt strikes into the roof of the net from outside the box, cheeky sidefooted goals, one touch bombers off corners, overhead kicks, dizzying curlers which stretch keepers to their limit and the unforgettable scorpion kick which won him the Puskas goal of the year award.

He may not be the best, but Giroud’s biggest asset is in his ability to be remembered.

Even if it isn’t for all the right reasons.

In 2018, when France won the FIFA World Cup in Russia, Giroud, 31, was best remembered for failing to score in 7 matches. Before the final against Croatia, he hadn’t even made a single shot on target in 13 attempts!

However, on closer examination of his performance in Russia, we see France playing to take advantage of Giroud’s physical presence in attack, using him as a target man, playing to his ability to control and knock down aerial balls to the nearby player. He also statistically topped the list among the strikers in Russia when it came to pressure applied on the opponent and was second to Lewandowski in touches outside the attacking third. That meant he spent a lot of time pulling the opposing center backs inwards and creating space for Kaylan Mbappe to wreck havoc with his terrifying pace.

This World Cup though, Giroud isn’t there to play chaperone to the French attack. Benzema’s injury on the eve of the tournament had people questioning who would lead the Blues frontline, doubts were cast over his ability to deliver on football’s biggest stage, but Giroud, 36, 6’4, didn’t waste time making a statement.

In their first game against Australia, it took thirty-one minutes for the to find the back of the net with a majestic header off a Rabiot cross, giving the French the lead after Australia had teased another major upset with an early goal. He would add another in the second half to put at ease lingering doubts about his ability.

For a player often discarded as a simple nine, who contributes little to the gameplay, it is telling that with his two goals against Australia, Giroud has equalled the record of the legendary and far higher rated Thierry Henry for the most goals in the French national team, with fewer games played and more still to come. He has, in his characteristic manner, given us something to remember.

Jose Mourinho To Launch Probe Into How Manchester United’s Starting Line-Up Was Leaked Ahead...