My state Government promised the Civil servants gift of Rice this Christmas , they announced that they will give them 50 Kg of Rice for Yuletide, then another magic started.

They went to Abakiliki and bought Rice, then printed a Rice bag which is 25 KG in size, they wrote ANAMBRA Rice on it, even though there is no place in the state where we have Rice Farm, unless we talk of Coscharis Rice, the one at Amichi (STINE Rice) is a bagging centre.

Not only did the Governor promise them 50KG of Rice but instead of giving them Rice as imported from Abakiliki, so they will enjoy the sweat of Igboland, we rebagged it and call it Anambra Rice, and instead of the 50kg ,we printed 25 kg, now instead of packing 25kg in the bag, they packed into some 8 kg, some 9kg and some 10kg ,the highest weights 15kg . 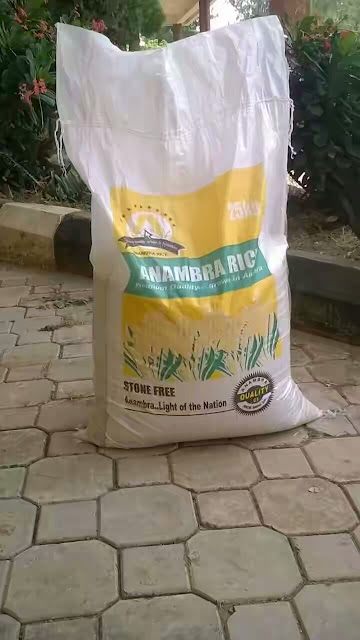