Dare devil robbers armed to the teeth stormed Ukpor on Tuesday and broke into UBA bank at about 3:30pm, on a busy Afor market day, CFRmazine.com exclusively reports.

According to our correspondent who was at the scene of the robbery, the robbers numbering about 7 faced no resistance at all from the Police who were safeguarding the bank.

The robbery took everyone familiar with the area by surprise because the last incident took place about 15 years ago.
According to an eyewitness, the armed men came through the Ubu Osigbu river(Nnewi) on a black Toyota Highlander.

Upon arrival, a handful of them, in unarguably practised lightning speed, made for the door to bare their fangs.
They blew it up with an explosive which many people believed was dynamite.
The robbers had distributed themselves in groups with different assignments in the area and gunfire went on uninterruptedly.
Before they started robbing, one of the robbers approached the commercial motorcycle riders and market women gathered close to the bank and advised them to leave, informing them unabashedly that they were armed robbers and that they were about to start operation.

They told them point-blank to leave if they loved themselves. Within seconds, heavy sounding guns began to boom and confusion ensued.

The electronically powered door of the bank came down with its glass shattered, flying off as missiles.

Passersby on the ever-bustling road on Afor market day and customers of the bank fled, heading for nowhere in particular, some taking cover behind shops or just clutching raw grasses by the gutter.

Market women dived for cover and lay flat on the floor. The robbery lasted about 20 minutes.

The robbers succeeded in taking away yet to be disclosed amount of money in Ghana-must-go bags.

At the end of the operation, the robbers left on a Toyota Highlander through Ukpor-Isekke road, shooting sporadically. Bullet holes dot many of the windows of the bank.

The robbers were young and they did not cover their faces.
Meanwhile, one market woman was reportedly injured.

Ukpor is in Nnewi South L.G.A, Anambra State, sharing border with Nnewi, Ozubulu, Ihembosi, Okija, Orsumoghu, Ebenator and Utuh. It was pandemonium galore but thank God no life was lost.
As at the time of filing this report, Police men from the SARS division have arrived the area. 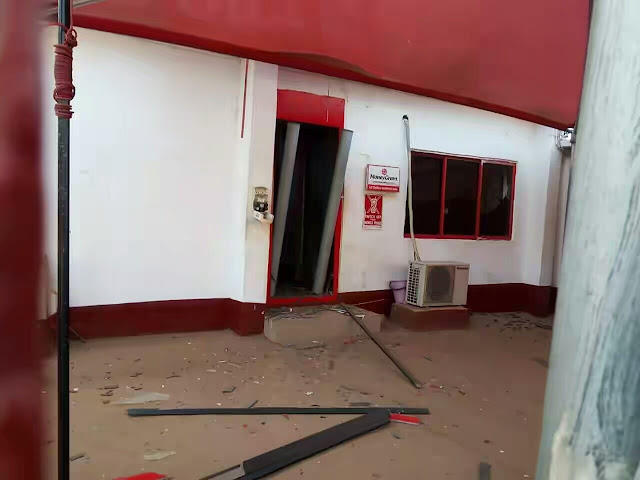 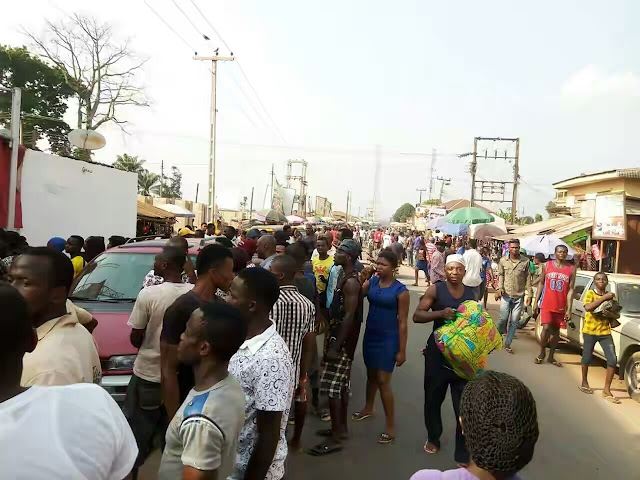 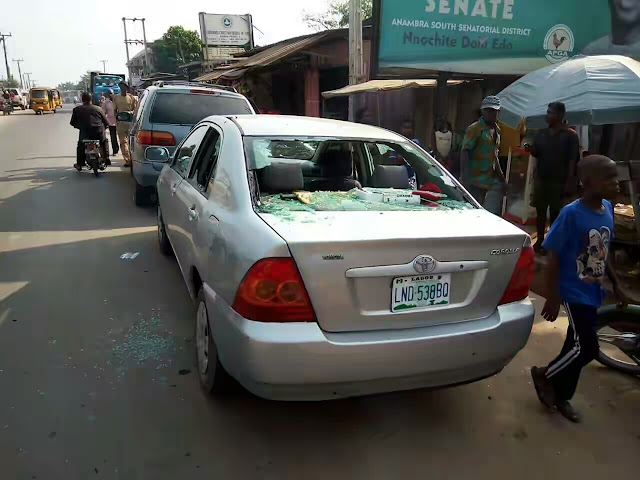