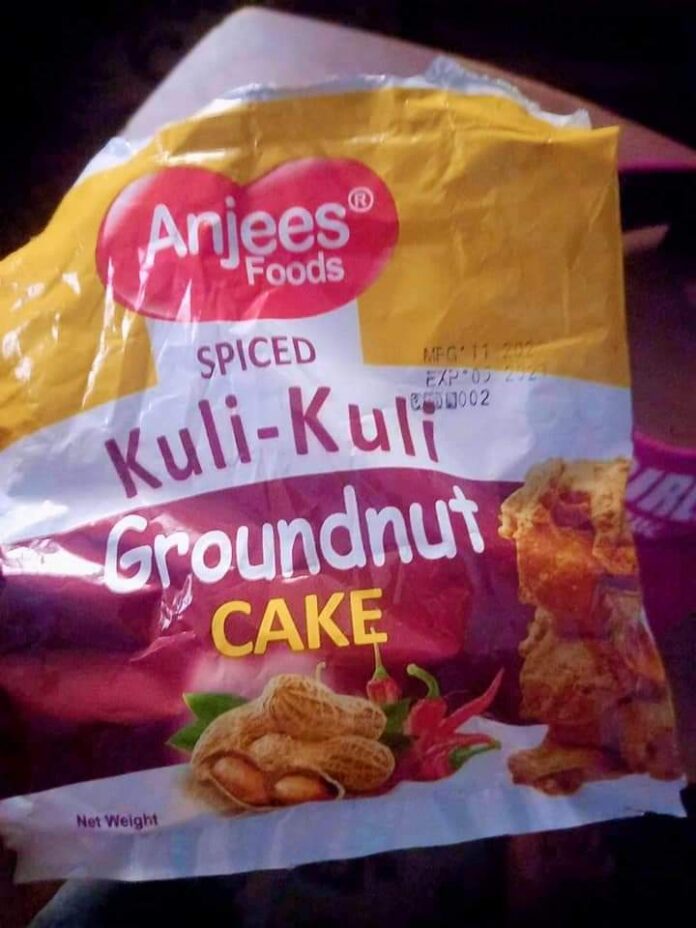 Starting your day with Kuli Kuli…

As a child, I loved Kuli-kuli. Back then, we had the dried and normal one. The advantage of the dried one is that you could always save some for another day and the taste would not change.

While in my junior secondary school at Baptist High School, Borikiri, we would trek some distance to save our transport fare and use it to buy either Kuli Kuli or bole.

As an adult, the last time I had it was about 6 years ago when my celebrity friend, Walter Kalada Anga stopped to get it while we drove in his car around Okochiri in Okrika. I have not had the cravings for it since then but Walter loves Kuli Kuli and if you know him, he is such a cool and down to earth guy.

What I did not know is that one could easily make over a billion naira selling it, except that it was a lie manufactured to win visibility on the social media space by one Angela Job Omodiae

She may have done this to earn visibility to attract partners to help scale up her business but the fact is once you start it on a wrong footing, you lose trust and credibility.

Marketing stunts are not new. It is also a strategy used to earn visibility. The Nigerian space is just too saturated with scams, which thrived on stunts like this, that anyone who attempts it becomes a fraud suspect by default.

Can you make N1B from selling Kuli Kuli?

The answer is yes, and maybe more.

You can make billions selling anything that is consumed on a daily basis by millions of people; but for a tasty delicacy like Kuli Kuli, you would need to have a great product with great packagings, an effective factory, a great marketing and distribution force to pull such figures through.

So, she may have lied about making a billion from selling Kuli Kuli but that does not mean it is not possible.

Before venturing into oil and gas, it is common knowledge that Sir Aliko Dangote made a fortune selling salt, sugar and cement. These three things are used in high demand everyday anywhere in the world, especially in Nigeria.

So yes again, you can make a billion selling Kuli Kuli but definitely not while still producing and selling from a makeshift space. You would need a well structured business process to pull those numbers.

Be free to have dreams but also do so with vigilance, so you do not wake up to find yourself in a court of law or the prisons.

You Should Use Referrals For Your Business Growth