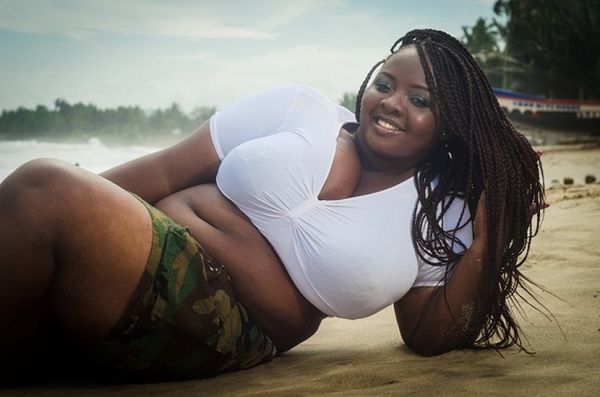 It’s almost impossible that a man will not turn his head whenever a chubby woman passes by just to take a glimpse of her. It becomes even more bizzare when this men are having conversations about ladies and see some of the reasons they give in an attempt to justify the obsession.

Let’s take a look at why men loves chubby girls:

Most men like their women big and fleshy as they believe that dating a skinny woman is like dating their fellow man. Most men says women with big and fleshy body are more feminine and softer.

2. Lying on their bosom is relaxing

When you have problems or you’re stressed, chubby girls are good comforters because when you lie on their bosom, your problems tends to like blow away like light smoke.

It is believed that Fuller body is an evidence  of good looking and improved health. Alot of regards are given to chubby women as they are considered healthy and wealthy unlike skinny women.

4. Most of them enjoy laughing

Every man enjoys a woman laughing. Most chubby girls laugh at the easiest joke you can tell even when they are not very hilarious. Chubby girls are fun to be with.

Most men see Chubby girls as being attractive, skinny and even younger. I guess it’s the extra fat that covers their wrinkles that makes them ageless.

LETTER TO MY LANDLORD