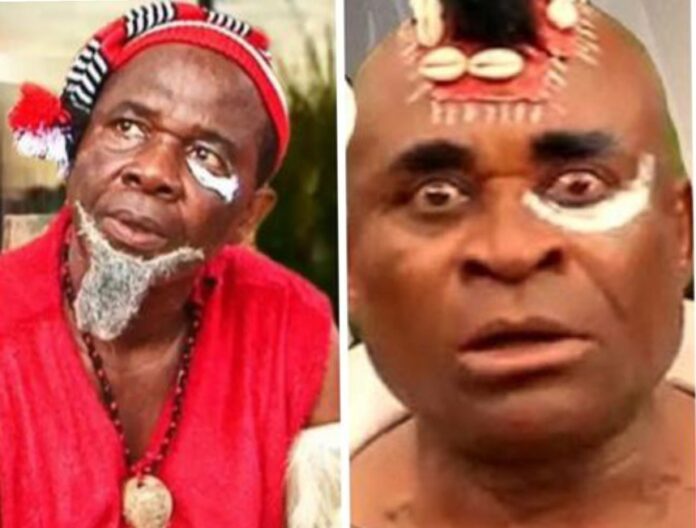 Growing up alot of us saw Native doctors or dibias as they are so called. The major thing that made them really identifiable was their mode of dressing that included a red attire, animal skin attire, accessories and most importantly, their eyes and bodies were decorated with white native chalk.

Native chalk is also known as nzu by the Igbos, Calabash chalk in English or ndiom by the Efik/ibibios. It is an edible clay that is found mainly in Nigeria and other west African countries.

Till, this chalk has a huge significance to tradition and most importantly to native doctors. They usually have it smeared around one or both eyes and some other parts of their body.

It is not only used by native doctors, but also commoner with diviner and priests. In igboland, native doctors are sometimes called ‘Dibia Anya Nzu’ meaning Native doctor with the eye of chalk. The native chalk is not only applied on the eyes, but also on the feet and drawn on the ground During divinations or when they calling on the gods/ancestors.

Chalk around the eyes indicates that the person who wears it has an ability to see beyond the visible world and into the world of the spirit. It is believed that the chalk also grant them access to the spirit world. For some, it is a means to commune with their ancestors.

The use of native chalk by native doctors however comes with some rules. For example, The chalk has to be washed off before bed or else, the Dibia will not be able to sleep and will continue communing with the spirits till the next morning.

Share
Facebook
Twitter
Pinterest
WhatsApp
Previous article
“If the consequences of cheating in Marriage is death, Life would be much easier”-Actress Moyo Lawal opines
Next article
BBNaija Ka3na Is Expecting Her Second Child (Photos)