What do you miss the most about Fela Kuti?

I miss his brash charisma, his originality, his courage, his boldness, his nonconforming personality, his sense of humour, his wizardry on the saxophone & keyboard, his unmatchable musical composition & arrangement ability, his powerful messages, his evergreen songs.

Fela Kuti was a god amongst men. He is the only Nigerian artiste whose track can run for 10 minutes & I would listen to everything & still not be bored. Many have tried to reach the reach the heights he attained but none has succeeded.

What makes me sad is that the same ills & vices he sang about still prevail & thrive in our society today & we have not moved forward since that time.

Fela Kuti voice of truth.
He started something that would have saved the mass from the blind mentality of political intimidation by the authority . But people didn’t stand up due to the consequence of voicing out.

And we still suffer from it till this day.

The total package that encompasses everything that is past, present and future. He is a phenomenon, a mindset, an intellectual provocation, a manual prescribing the crux of the black man’s problem, the prognosis and the only remedy. The conundrum however, is how do you save a people that do not want to be saved? 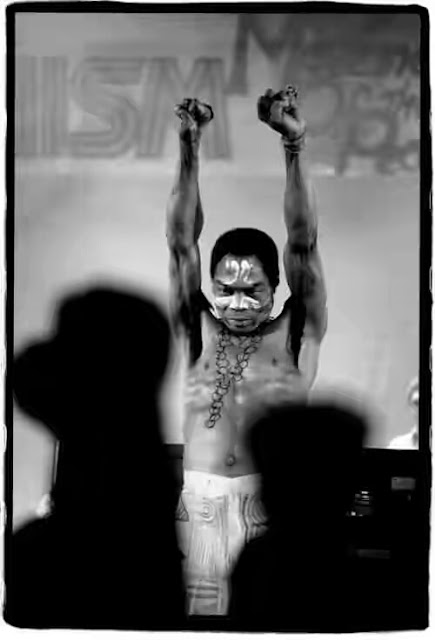