First of all, there is nothing like court marriage. That’s a popular misconception. What we have is ‘Registry Marriage’ or ‘Marriage under the Act’.

The court is not conferred with the power to conduct or celebrate marriages. They don’t have the right to ‘wed’ or ‘join together’ anyone. The court only has the power to do the following; dissolution of marriage (e.g divorce, legal separation), issues of settlement or other legal remedies in and out of marriage. The proper place for the celebration of marriage is a Registry or a Licensed place of Worship.

1.1. In Nigeria, we have two kinds of recognised marriages; (1) customary marriage (this includes the Islamic Marriage) and (2) Statutory Marriage (not white wedding). I will explain this as we go on.

1.3. A statutory marriage overrides a customary(traditional) marriage. This means, you can either wed customarily or statutorily and if you do both, the Statutory Marriage backed by ‘The Marriage Act’ completely cancels the other. It can be argued that in a deeply cultural/communal place like Nigeria, sometimes parties for the sake of peace, or just to fulfil family obligations and to pay obeisance to traditional rites, conduct a traditional (a variation of a customary marriage) before conducting a statutory marriage.
‎
1.4. (it is pertinent to note here that the Registries/licensed place of worship don’t need proof of a traditional marriage celebration before joining parties together under the Act) To be legally married, you don’t need to fulfil any traditional obligation. The law does not recognise or make demands for such because it amounts to writing same examination two times for just one course when one is all you need.

‎
Paragraph 2.
‎
2.1. The Marriage Act governs statutory marriage in Nigeria. That’s why it is simply referred to as Marriage under the Act. A statutory marriage has the flavour of the law and recognises just one man married to one woman. Meaning, if Polygamy is your aim and your religion or culture does not frown at more than one wife, then there is no need of conducting ‘a registy marriage’ or a marriage under the Act. This is the major difference between a statutory and a customary marriage. The law defines marriage as between just two people, one man and one woman. Nothing more.‎

3.1. A statutory marriage can be celebrated in either of these two places;
1. A registry OR
2. A licensed place of worship. (e.g a church)

3.2. A ‘church’ wedding does not confer any legal status on a marriage if such church is not licensed or if the license has been revoked by law. We usually mistake a church wedding for a ‘statutory marriage’ and that’s very far from the reality. A church marriage that does not comply with the processes as stipulated by the Act can best be described as a party. I always love to tell my friends to ensure that their worship centres are licensed and if it isn’t, head to the nearest registry or LG headquarters to be joined by a Registrar.

3.3. Something else, let’s take for instance I own a church, registered under Part C of CAMA and it is called Hallelujah Ministry, and I have about 449 branches, it should not be assumed that all 449 branches are licenced places of worship for the purpose of celebration of Marriages. Issues of licence are very specific. Licence is not blanket. It is possible that my branch at Ikorodu is licensed while my branch at Nnewi, isn’t. Governors of states by a gazette can confer or revoke licences on worship centres. A church being registered under CAMA does not necessarily make it licensed.‎

4.1. The statutory marriage is conducted by a Registrar OR a Minister of a licensed place of worship. Emphasis on LICENSED. This means that if you were legally joined together by a Registrar, there is actually no need for a Minister(your pastor, reverend, bishop, apostle, spiritual leader etc) to do same again. Vice versa. Celebrating in these two places can at best be ‘duplicity’. But I also understand the need especially in a religious society like ours to want a church to ‘bless’ your marriage even after a registry celebration. But note, one is enough and okay.

Note: two things must be in place especially, a licensed place and a licensed person to perform the celebration.

Further Note: something played out in court last year and this line of question redirected me back to the Act. The only recognised time to be joined together legally is from the hours of 8am to 6pm. Anything after has a cloud of uncertainty. Sometimes very little things like this go a very long in making or marring a case.‎‎

4.2. The importance of being legally joined together plays out in the following circumstances;
‎
(a) when parties want to go their separate ways e.g. divorce, separate or remarry. And this is where a couple of people I’ve spoken usually have an issue. I’ve heard a man being advised not to do a ‘court marriage’ because his wife will take all of his properties away. Actually, that’s very far from the truth and reality. The court in Nigeria is not vested with such powers. Issues of compensation comes up when there are children to support, joint properties to split, promises, financial debts by one party, agreed compensation by both parties etc. No one strips you of your properties because you did a registry marriage.‎ This is one misconception that fuels suspicion if a lady insists on a statutory marriage.

(b) death of one party and issues of estate administration. If a person dies, his properties will be administered based on two things, his/her or will or if he had no will the governing law upon which he was legally subjected in marriage. Marrying under the Act makes your estate administered by the law of your states and not the customs or traditions of your place. This is always very dependable because on order of priority, your family is well catered to and it minimises conflicts & problems amongst your loved ones. (another post entirely)‎‎
‎
(c) if a party wants to conduct another marriage, being legally joined together estopps such from happening. In fact, it even makes it criminal. If your marriage was not ‘legally’ recognised under the Acts, nothing stops him/her from marrying another person while you’re still together. An act provides marital security especially from ‘wandering-proned’ spouses.‎
‎
(d) if one party is indicted in a criminal or civil matter. A legally recognised marriage protects the right of a wife or husband not to give evidence or testify against the other spouse. But such covering doesn’t exist if such marriage was not properly celebrated as provided by the law.
‎
(e) other legal benefits that may accrue by law e.g. medical covering and insurance from your spouse’s place of work, care packages accruing from services rendered by a spouse, disability benefits, social security, issues of insurance etc. A legally recognised spouse can reap spousal benefits that may be provided for by private or public institutions. This extends even to the children.‎ This does not apply if parties are not ‘legally’ joined.
‎
(f
) purposes of foreign travel, immigration etc. E.g. If you want to marry a Nigerian and relocate her to your country, only a statutory marriage will cover for that. The processes only recognise a Marriage conducted under the Act. This is just one out of the many examples in issues of immigration etc.
(many more to come)‎

4.3 A marriage not properly celebrated is seen by the law as null and void. It means it may as well not exist.

4.4. Currently, all Local Government Areas have Registries and Registrars to conduct and celebrate marriages. So wherever you are in Nigeria, you are covered. The process is the same anywhere.

5.1. Conducting/celebrating a statutory marriage has the same uniform procedure whether in a registry or a licensed place of worship. To avoid making this cumbersome, I’ll put up a link to the Marriage Act but also talk to your lawyer to guide you through. ‎Also, you can make findings in your local registry or place of worship about these processes and be mindful that it complies with the provision of the Act.‎

Note: It is the simplest, cheapest, easy to fund/celebrate form of marriage in Nigeria, especially in these time of economic unsettling.

5.2. Any question or observation can be raised or discussed here or with lawyers around you. I will also share in the comments, legal authorities backing the above summation. 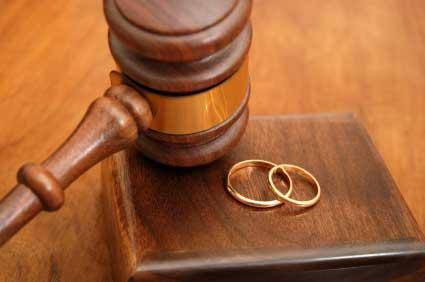