Searching for a place to rent in Lagos

A youth Corper just shared her experiences with finding a house/apartment to rent and live in Lagos.

After leaving camp I had at most a week to find a place to stay. This was really my first time going house hunting, it wasn’t funny. It started with an agent that took me through the valley of shadow of death just to show me a match-box sized room that had poultry and fish ponds as neighbors. I couldn’t decipher which was worse, the sound the chickens made or the combined odour from the poultry and the pond. As if that wasn’t enough, the landlady was giving me terms and conditions which included a curfew and a no sleep-over-friend policy. I waited for her to mention when our meals would be served, since she wanted to play the mother role. I didn’t need to get a memo from my ancestors before disappearing.

The following day I called another agent (since the previous one was being childish). This one appeared nice. At least he had a car, which made the movement less stressful. The first place he took me to was apartment goals. It was quite close to my PPA, had constant power supply and backup generator, proximity to the market and church. I had already decorated the room in my head before the agent asked if I were a ‘Corper’.

Apparently, the owner was against renting the place to corps members. Why the stigmatization though? Don’t corps members deserve the good things of life? #corpsmemberlivesmatter
He told me there was a similar apartment not so far away and it was ‘fresh’. That meant I would be the first to live there. I was excited, mostly, because I would not have to repaint the room. The journey to the new place took quite a while but I consoled myself with the fact that I was headed towards the light at the end of the tunnel. Ladies and gentlemen, you would not believe that this man took me to a work site where they were laying blocks.

Just to clarify, they hadn’t gotten to the decking, plastering, roofing, plumbing, electronic, sink, toilet and shower head installations talk more of painting!! No doors or windows, just block, wood and cement. I couldn’t believe my eyes. The primary objective was to get a roof over my head and oga agent couldn’t deliver that. Like that was not bad enough, he went ahead to tell me that the whole building would be ready in less than 2weeks and I would need to pay as soon as possible in order to secure it because ‘people were rushing it’. The only thing left was for him to take me to a piece of land to show me an imaginary building.

The search continued. More trials and much greater errors. I didn’t know what else to do. Jail and bridge were beginning to sound like great options. At least, they were free. Fortunately for me, a corps member that was counting down to her POP contacted me. Since she was moving out, she wanted to help her landlord find a new tenant. When I got there, I knew I had found my home. She gave me every reason to love the apartment. There was constant power supply, water and most importantly, the building had a roof. 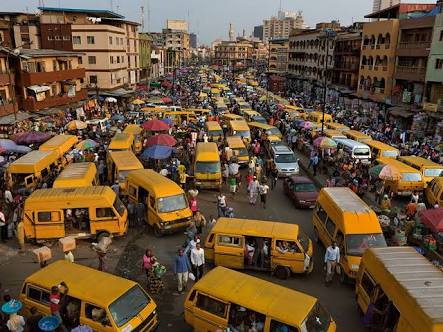