The Rove beetle aka electric ant or tomcat(genus Paederus) is a very small insect that looks almost like a long ant. It is usually black and brown in color on the body. It always appears in Nigeria during the dry season and is usually attracted to lights at night and can enter your room through open windows and doors. The electric ant is dangerous because of the toxin that they carry which contains pederin – an irritant that is much more potent than Cobra venom.

Paederus does not bite or sting, but accidental brushing against or crushing the beetle over the skin provokes the release of its coelomic fluid which contains pederin, a potent vesicant agent. The morphology and location of the dermatitis change from case to case but usually resembles the accidental dropping of a caustic or hot liquid.

The electric ant (also known as paapa or skirt and blouse) releases the toxin on anything it touches, especially human skin. Direct contact is not needed to experience skin discomfort or irritation however. That is because the toxin can be left behind on your towels, furniture or other things in your house. Secondhand contact might not cause the same level of irritation as direct contact, but it is still wise to be precautious especially if you have seen them hanging around your house as of late.

If you see the electric ant on your body, DON’T SQUASH IT! No matter how much you hate creepy crawly insects, try to resist the urge to smash it and grind it.

Hydrocortisone (1%), betamethasone and neomycin sulfate antibiotic or acyclovir 5% have been found to be effective in the treatment of skin irritation caused by the insect’s toxin. 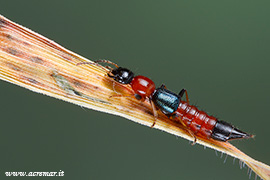 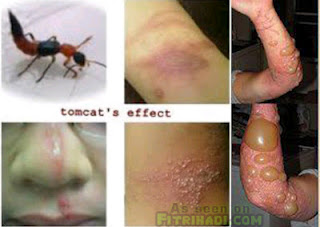 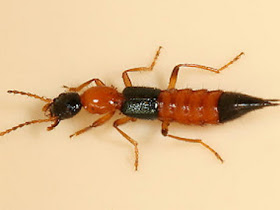 Why Do We Bother For Love If It Never Last?