Pretty Mike Responds: I did not pay those girls on leash

It came as a rude shock to so many when some pictures hit the Internet earlier in the week where socialite and club owner, Eze Nwalie Nwogu, popularly known as Pretty Mike, chained some girls on a dog leash and took them to different events in Lagos.

Even as he had reportedly apologised publicly for his actions on Thursday, after the Lagos State Government had got him arrested and made him sign an undertaking that he would never do such debasing stuff again, the socialite, in an exclusive chat with Saturday Beats, said that there was a mission statement behind his action, saying he was shocked that Nigerians had already crucified him before hearing his side of the story.

He said, “I have done it twice and let us not make it look as if it is something I have been doing all the time. The two times I have done it were weddings where I was part of the groomsmen which means that I have a personal relationship with the bride and groom. The overall reason I chose to do this was because of the mission statement behind it. It is just unfortunate how people are so quick to jump into conclusion without actually finding out what is going on. All they think is that it is an abuse, or a form of slavery or perverted thoughts.

“For me, there is a mission statement. I would give you some examples to explain the mission statement behind my action. I would not call any names but I am sure we all know about an Emir that was given a 15-year-old as a wife. To me, that is putting women on a leash. We talk about traditional rulers that marry underage women, that is putting women on the leash. We talk about boyfriends and husbands that beat their spouses and abuse them physically, emotionally and spiritually, that is putting women on a leash. I needed to get the world’s attention first to be able to pass across my mission statement. It is all about women advocacy at the end of the day. It is all about empowering the women. These women have no voice. I refer to the girls I use as super heroes and we had to do something drastic in order to be heard and get the world’s attention. Now they are talking about it.

It was alleged the girls auditioned for the ‘role’ and were even paid N30, 000 to be chained in the dog leash. However, Pretty Mike claimed he didn’t pay the girls a dime.

“I did not pay those girls; they are a part of my team. I am the owner of Club Uno and I have a team of people who I work with. I sat down with the team and we discussed this before I embarked on the action. When we did it at first, the level of curses we received was incredible. I was the one that suggested that the girls put on a mask so that we don’t deviate from the main point. If the masks were not on and their identities were revealed, you can imagine what they would have been going through now,” he said.

When asked if he could allow his daughter to go through such, he said that if it was for the right cause, he would have no objection.

“A lot of people have done dramatic and extraordinary things even as far back as the civil movement and women have stood up for what they believed in, so if I see a picture of my daughter on a dog leash, knowing full well that I have trained her to the best of my knowledge and in the way of the Lord, I would simply pick up the phone and give her a call. I would ask if she is okay and if she replies that she is, I would tell her about the picture I saw and ask what is going on. If she tells me that she is doing something in terms of women advocacy and she is trying to liberate women, I would tell her to ride on. If it makes her happy, I would tell her to go on.

“I have been in this business for about 10 years and all through those years, I have been very controversial. If you go through my Instagram page, you would see that these are things that I am used to. I am a bit surprised that most of the people that have been bashing me are women between 35 and 50. I understand that they are upset but I was expecting that they would act more maturely because when I went through their Instagram pages, I realised that they have kids. How can a mother tell me things like I would die and my mother would perish? It only lets me know that this country is so backward that we have a long way to go. Most of the ladies that said things that were so mean were mostly mothers. I am not upset because I was already expecting it and I decided to put myself through the pain, abuses and curses because I am trying to achieve something,” he said.

Why I put ladies on dog leash –Pretty Mike 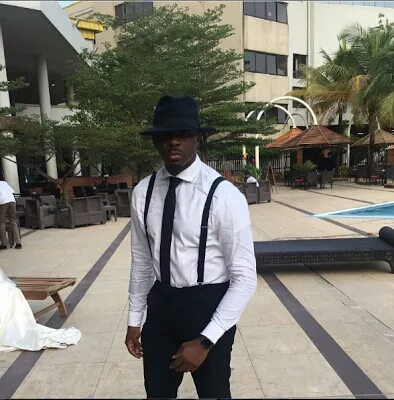 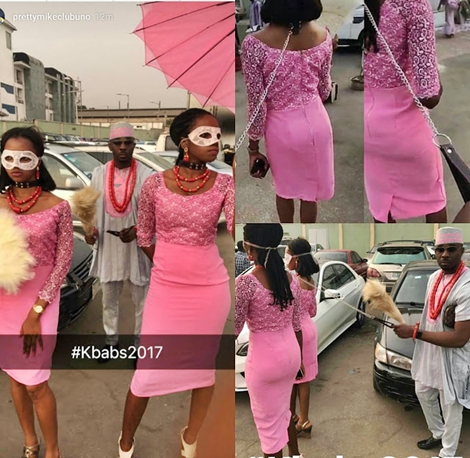 The First Artist Nicki Minaj Makes Another History As The Female Artist With 100...