There is nothing that these my two ears will not hear in this obodo Canada. I need to return to Nigeria before I start acculturating into their wrong notions of how to run a country. I don’t want to be contaminated by how they do things here.

So I hear that the Canadian Prime Minister, Ogbeni Justin Trudeau, and his family spent part of the recent holidays in the Bahamas at the invitation of the Aga Khan. The wealthy Aga Khan owns a private island yonder in the Bahamas.

Mr. Trudeau flew to Nassau and is now safely back in Ottawa. Nothing exceptional here until the Prime Minister’s Office began to disturb my peace with press statements about how the Prime Minister would refund to the Canadian tax payer the equivalent of the economy class fare for himself and his family for the trip to the Bahamas.

Now the Canadians had my attention. So, I dug a little bit into the matter. It turns out that, for security reasons, the Prime Minister is not allowed to fly commercial. He must go everywhere in his official government jet. This means that whenever he travels for private purposes in the said government jet, he is expected to immediately refund the equivalent of an economy return ticket to the Canadian tax payer. And if he travels with his wife and kids and friends, it is ‘hol ya change o’ for everybody.

CBC, National Post, every newspaper, every TV station is carrying this strange press release that Ogbeni Trudeau will pay as is customary.

A few years ago, Canadians sacked the Premier of Alberta for traveling back from Nelson Mandela’s funeral at public expense when she could have hitched a ride on the Prime Minister’s plane and saved them some money. I forgave Canadians that assault on my sense of propriety.

Then, recently, Canadians forced a Federal Minister to refund her expensive airport limo shuttles in Toronto. I forgave Canadians that second assault on my sense of propriety.

Now, Canadians are saying that their Prime Minister must hold his change every time he travels for private purposes in his official jet.

Haba! This is where I must draw the line. I cannot forgive them this latest assault on my sensibility. A whole Prime Minister?

My advice to Mr. Trudeau: relinquish your Canadian citizenship and come to Nigeria. We will treat you properly as a big man, as a public servant, as a government official, as a leader.

I am surprised to hear, for instance, that there appears to be a demarcation between your private funds and public funds. What sort of nonsense is that? Are you not the Prime Minister? If care is not taken (as we say in Nigeria), you may even claim that you cannot just pick up the phone and order the Governor of the Bank of Canada to deliver funds at short notice to you, your family, and your cronies o.

Really? Oh my Gawd! It’s true? You mean you can’t do that? You can’t order raw cash from the Bank of Canada for your private use? Hehehehehehe. You are a thoroughgoing mumu. No wonder they are making you refund economy ticket. No respect fa.

You are wasting your life here, Mr. Trudeau. Come to Nigeria.You will be entitled to a harem of 12 jumbo jets in your Presidential fleet. You, your wife, girlfriends, concubines, ex-girlfriends, and former concubines will be able to travel anywhere in the world at public expense on any of those jets. Even your aides would be entitled to medical treatment paid for by the Nigerian mission in any foreign location.

I live here in Ottawa. We live in the same city. I have never seen your motorcade. My flight has never been delayed because you are traveling. What sort of nonsense is that? Because of the primacy of the ordinary citizen, your presence in this city is made as unobtrusive as possible. Your goings and comings must not disturb the citizen. It is possible to live in this city and be completely oblivious to your presence. The only time I remember you is when I drive past your official residence.

Were Nigerians to run the show for you here, the airspace around the Ottawa Airport would be closed to commercial flights 24 hours ahead of every weekend shopping hop to Toronto by Mrs. Trudeau. If the residents of Ottawa were lucky, some low-level official would Tweet a press release that the airport was closed “due to VIP movement”. Often, there would be no announcement. They’d just wake up to soldiers and policemen blocking roads and restricting movement and shutting down the entire city because you are going to the loo.

We close airports for the movement of wives and girlfriends. How much more your own movement? You see what you are missing?

Oh, you are thinking that you may not enjoy the privilege of non-accountable life above the law and at public expense in Nigeria because you’d be a naturalized private citizen? Don’t worry, Mr. Trudeau. You don’t necessarily have to even be in government to enjoy living on government in Nigeria.

You will just need to buy one or two mansions at areas of Abuja or Lagos I will suggest to you. Then you buy a Mercedes Benz G Wagon, a Range Rover Evoque, and three Toyota Prado jeeps. You will have to go everywhere in all five SUVs. That is what we call your convoy. Once the local police commissioner notices you, he will offer you police escort on a permanent basis.

You will the need to hire a Personal Assistant and a Media Assistant. Don’t worry. Private citizens have all these trappings in Nigeria. By now, the Federal Minister, the Senator, the Rep, and the Governor living in your neighbourhood would have noticed you.

All of them will start to extend courtesies to you. Before you know it, you’ll be entitled to government jets for your holidays in Dubai as a private citizen.

You must also hasten to join a celebrity prosperity Pentecostal church and pay at least one hefty tithe when you join. The Pastors buy expensive airtime on national TV and it is extremely important that a Pastor mentions you.

However, I will not advise you to pay the said tithe in Canadian dollars. Nigerian prosperity Pentecostalism knows only the holy trinity of God the US Dollar, God the British Pound, and God the Euro.

Once you secure this Pentecostal side of things, you will accept three strategic Chieftaincy titles in rapid succession.

In any country, there are always naysayers and negative people who just cannot be happy. It is true of Canada. It is true of Nigeria. So, whether you enjoy the privilege of non-accountable life as a private citizen or government official in Nigeria, there will be envious people who will complain and insist on your being held accountable.

Don’t worry, Mr. Trudeau. I give you my word of honour that such people would be a miserable minority. They’ll be threatened and shouted down by the maj
ority. The majority will claim that you are being persecuted on account of your religion, ethnicity or political affiliation.

You live in constant fear of being held accountable by the Canadian people. Now, that is very unedifying.

I assure you, you will not have to live in fear of being held accountable by the Nigerian people.

Follow these steps and thank me later, Mr. Trudeau. 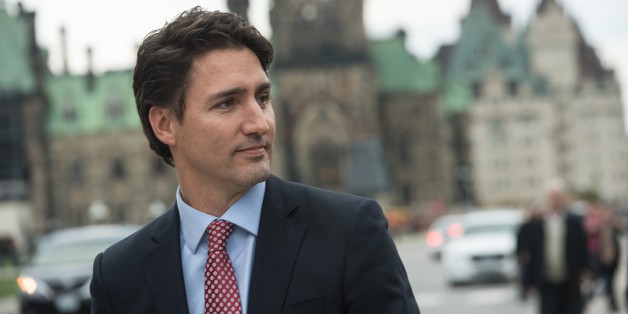