He Was Scammed By A Staff Of Nigerian Defense Academy

OK today about 10am in the morning , my dad rushed back from work called me and then handed me his phone, the man on the other end of the line claimed to be an officer by name ayuba working at the nigerian defence academy in Kaduna,
we was saying something about the school re inviting me again for another interview after I had already been disqualified by the board earlier last year.

My dad had put in a lot of effort in order for me to get admitted. into that school so that it was a great news to us more like a second chance for us we drop all our suspicions of the call being a scam when the caller mentioned my full name and the name of my dad, at this point we were willing to do any thing cuz the news kind of sounded true.

The caller now asked for payment so he could buy us form we live in jos so it was a relief because he said the administration would stop selling the purchasing of this form as from tomorrow.

We then enquired how we would make the payment, he said we should send mtn recharge card of 3000 naira and send to him.

My dad knew how much I wanted to be at the academy so he didn’t want the blame on him may be because he didn’t do enough so he bought the card and sent it to him.

Then we asked him what’s next he told us to wait he would get in touch with us, after some time he called back again saying he had to do something about medicals and it required 7000 naira now my dad began doubting him as he refused to give us his account name and number for payment he was insisting on payment in form of recharge cards my dad refused.

Then he became furious and said if we don’t believe in him we should just forget and he refused to refund the money we sent to him earlier on.

We tried calling him since then but his phone has been switched if since then
I don’t understand how people live by scamming other people.

The surprise about this is how he got my contact information I only submitted this to Nigerian defence academy so this scammer must be somebody who works at the academy.

If Nigeria was a better country I might have considered suing them to court. 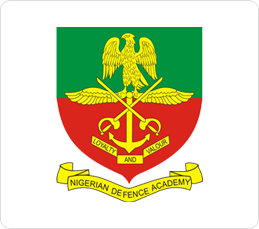 When was the first time your Mother spanked you and why?