Tragedy struck the Ogwashi-Uku community of Delta State on Tuesday as a final year female student of the Delta State Polytechnic, simply identified as Julia, was allegedly murdered by her cultist lover.

The deceased, who was in the department of Mathematics and Statistics, was murdered in her room in a private hostel off Polytechnic Road in Ogwashi-Uku.

According to one of her co-students in the hostel who spoke with SaharaReporters, the man, whose name has yet to be ascertained, had spent the previous night in the room of the deceased, and had stolen her ATM card.

“After her cultist lover had left the following day she received an alert of a N100,000 deduction from her bank account where she discovered her ATM card was missing. Not comfortable with the development, she went straight to her bathroom to take her bath. Immediately after that, she received another alert of N45,000 making it N145,000 that was [withdrawn] from her account by the unknown person.

“Before leaving for the bank, she complained to us [about] the strange development. Again, on her return from the bank where she went to complain, she told us the bank assured her that the culprit could only be known and arrested after going through their CCDC camera. She was told to go home and report back the following [day] before meeting her untimely death,” the co-student said.

The source speculated that unknown to anyone in the hostel, the suspect sneaked into Julia’s room and murdered her with a battle axe, locked the corpse inside the room and ran away with her keys.

“Not until the next morning when everybody became apprehensive of her whereabouts and we [had] to break her door where we saw her lifeless body with blood stains everywhere in the room. Immediately we raised the alarm and everybody in the area rushed down and the matter was reported to the Ogwashi-Uku Police Station,” the source narrated

Repeated calls to the new Delta State Police Public Relations Officer, DSP Andrew Aniameka, were not answered. However, a source at the Ogwashi-Uku station who didn’t want to be identified confirmed the story, adding that the police and the bank are currently working around the clock to arrest the suspect, who is on the run.

SaharaReporters learned that the remains of the late Julia has since been buried in her home town. 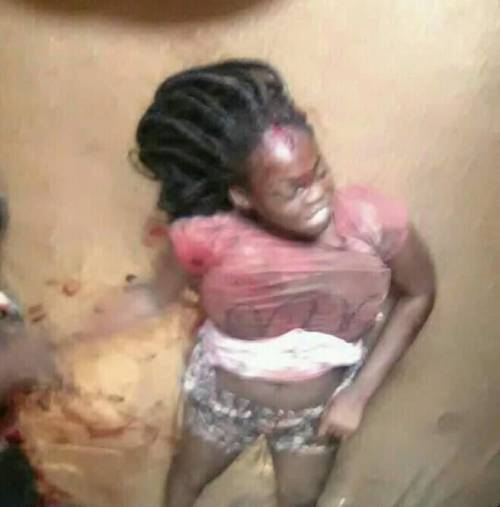 US Seals Rescues Americans Kidnapped By Boko Haram In Nigeria