Cash Preferred By Reps,Instead of Cars

In almost comic twist,certain members of the House of  Representatives numbering 160 have purportedly rejected the Peugeot 508 being procured for them and want instead the monetary value given to them in cash.
Could it be that the honourable members do not like the vehicle or they are also feeling the cash crunch the general Nigerian populace is passing through. Or perhaps the cars do not befit the very high elevated status of our great legislators whose primary constituencies are their pocket,for which bills could be rushed through in record time.

From Ndubuisi Orji, Abuja
About 160 members of the House of Representatives have rejected its leadership’s offer to provide them with official cars.
Daily Sun gathered that the members want cash instead.
The Green Chamber is spending about N6.1 billion on procurement of 360 units Peugeot 508 for members, at a unit price of N17 million.
The cars have been coming in trickles, since December 2015, when the plans to procure them was agreed.
As at August 2017, about 200 units had been procured and distributed to members.
But, a source told Daily Sun yesterday, that members who were yet to get their vehicles are now mounting pressure on the House leadership to give them the monetary value of the cars.
The demand for monetisation of the cars, it was gathered, is against the backdrop of the cash crunch affecting the federal legislature.
Besides, the source said “some of the legislators believe there is no need for the cars as they have spent more than half of their tenure.”
A member, who declined to be named, confirmed the development, and noted that “majority of those yet to get their official cars prefer to be given cash, in lieu of the cars.”
He, however, said the legislators are demanding monetisation of the cars, because “they do’t like Peugeot 508, and not for any other reason.”
The lawmaker, who confirmed that he has gotten his own vehicles, said members had, from the outset, expressed reservations about the car.
He noted that many had expressed preference for Toyota Camry or Prado jeep, and argued that giving cash, in lieu of the cars, would enable them buy cars of their choice.
“Some of them wanted Camry. Some wanted Prado. If they cannot buy them what they want, what is wrong in giving them money to buy. The most important thing is for them to buy.
“ State assembly members are using Prado. Councillors are using Camry. What is the big deal about Peugeot 508? What is Peugeot 508?
“It is an embarrassment for anyone to want to make an issue out of this. Don’t you see the convoy of ministers when they come to the National Assembly?
“If you go to the (Presidential) Villa, they ride Mercedez Benz. There are three tiers of government. They should not be treating us as if we are not part of this government,” the lawmaker stated.
When Daily Sun sought the reaction of the Chairman of the House Services Committee, Nasiru Baballe Ila, whose committee is charge of procuring the cars, he replied in a text message thus; “get in touch with (Abdulrasaq) Namdas, he is the spokesman of the House.”
However, efforts to speak with the Chairman of the Committee on Media, Abdulrasaq Namdas was unsuccessful as his mobile telephone was switched off, as at yesterday night.
Also, Speaker Yakubu Dogara’s Special Adviser on Media and Publicity, Mr Hassan Turaki, did not respond to any inquiry on the issue. 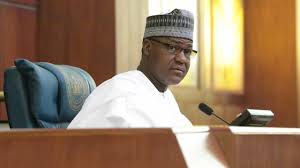