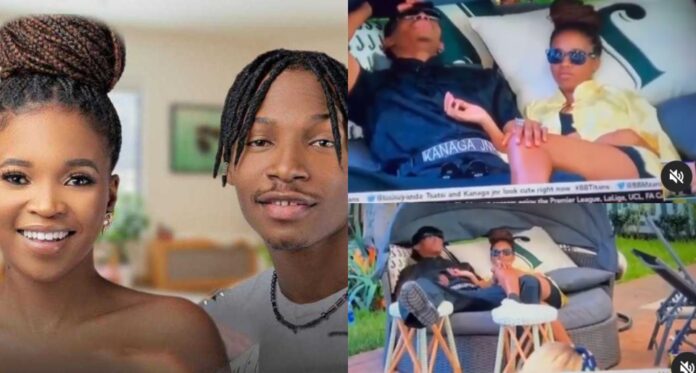 Kanaga Jnr, a Housemate of the ongoing BBTitans reality show has made a quite shocking revelation.

Few hours ago, Kanaga Jnr and his co-housemate, Tsatsii who he sees as a sister were having a quite time in the garden gisting. Kanaga told Tsatsii that he has 10 sugar mummies and she was shocked with his statement.

Out of curiosity, Tsatsii decided to confirm what she had from Kanaga, then he replied her saying that he would love to have plenty sugar mummies in order for them to treat him well.

Kanaga went further to say that if they probably leave the house and he really has 10 sugar mummies, he would be sending Tsatsii their pictures for her to pick from.

Here is the video clip below:

BBTitans: “I will do whatever it takes to make it work”-Yemi pleads with Khosi (Video)

“If I marry this girl make I bend”-Man vowed as his girlfriend left him...