Nigeria’s Minister of Environment, Amina Mohammed, is set to be appointed as UN Deputy Secretary General.

An official statement is expected to confirm her new UN position as the deputy to Antonio Guterres, who will assume office as Secretary General of the world body on January 1, 2017.

Ms. Mohammed had formerly served as an adviser to the outgoing UN Secretary General Ban Ki-Moon. 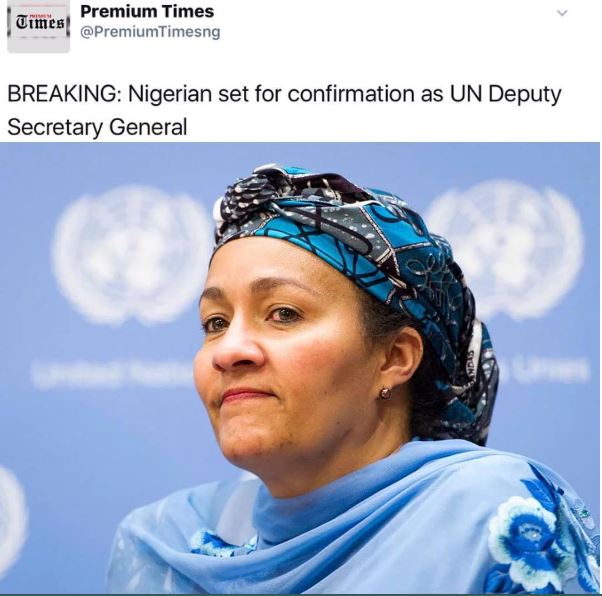 This lady fell into the gutter