These shots were taken in Westdene, Johannesburg. Sometimes, some things aren’t visible until much later. An innocent shot I took of the beautiful neighbourhood, it was till now I’m trying to piece together the striking similarities in African towns and cities. From Abuja to Dar es Salaam, from Addis Ababa to Accra, from Nairobi to Johannersburg, beautiful houses stand gated, with tall brick fences with electric wires. Sometimes barbed wires. And other kinds of security applications.

It reveals a certain fear, palpable and fossilised. It is all the more pronounced in the richer neighbourhoods. The irony: spaces of financial freedom automatically become spaces that lack real freedom. The rich can’t even stroll around their own beautiful neighbourhoods. You won’t see them without their escorts. One time I was jogging along IBB Boulevard in Maitama, I saw a Nigerian big politician cycling, with three escort cars following closely behind. I skipped to the other side of the road, before I’m deemed a threat. You know how it goes.

Funny that the morning this picture was taken, I went to jog around this neighbourhood which runs into in a man-made lake. A place so beautiful, you’d be lost in thought the moment you catch a glimpse of the colourful ducks squawking by the water banks. My friend was scandalised by what I did. “You did what?” he chastised, “That place is a no go that early in the morning. Dude, this is Jo’burg o!”

Everything suddenly began to make sense, the giant dogs I saw in almost every one of those compounds as I dragged my tired self back home that morning. Dogs so massive, they could pass for lions and tigers. On both sides of the road, they’d inch close to the iron perimeter fence to observe me. This meant that I couldn’t walk on any side of the side-walk, so I had to stand in the middle of the road, and stay alert for any incoming car. I didn’t come all the way here to get eaten by a dog. No one would believe me if I told them I wasn’t trying to burgle any home.

My neighbour in Umuahia here has built his house so fast, I can no longer see anything from one of the balconies of my apartment. Two months ago, this place was still an idyllic hideout with fresh and clean air to colour my evening. Now I can’t get any air or view from the balcony. Civilisation has dealt me a harsh hand. No one even knows how beautiful his house is. His tall fence has prevented that from happening, unless one comes in through the gate. He is ensconced in there, with all his wealth, yet terrified of any visit by uninvited visitors. This is the story of African cities, towns, and villages. 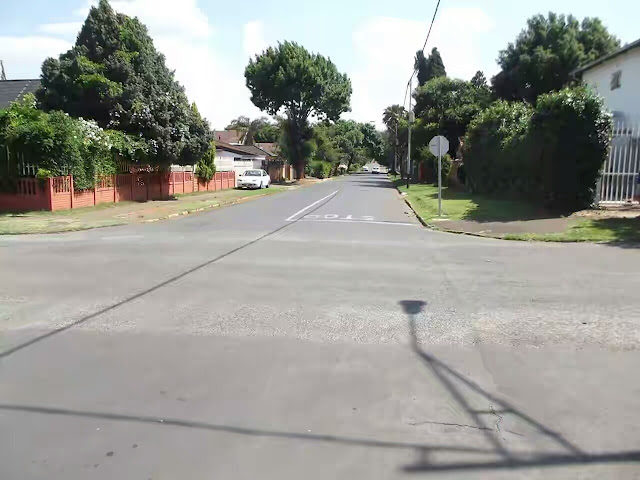