A Father’s Advice To The Son On Divorce And Marriage 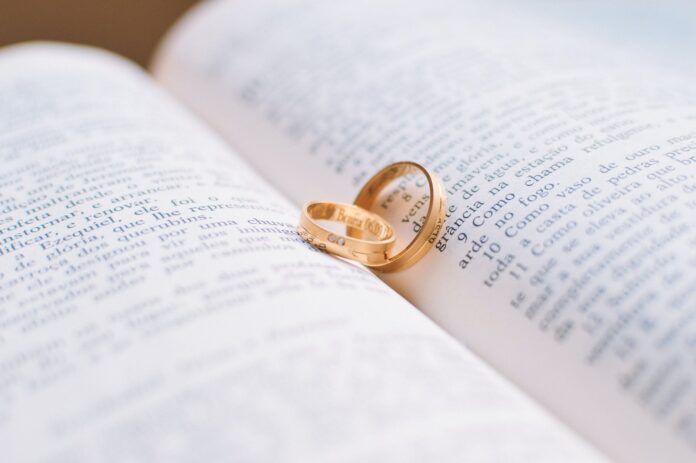 This university friend of mine.

Had thirteen children in the process.

And now in his late 70s, lives alone in grandeur as a divorced bachelor.

With a revolving bevy of ravishingly beautiful youngins for picking.

While focusing on business and continuously growing his wealth.

Now after 22 years of marriage, since my friend got married just after his National Youth Service, my friend has arrived at the altar of divorce.

Totally devastated that like his father he has not been able to keep his marriage until “death -do-you-apart”.

When he went to see his father in his expansive mansion in one of the GRAs in Lagos.

He broke down in tears as he informed him of the separation between his university sweetheart turned homemaker wife that had gone on quietly for three years and now was moving to divorce, with an agreed upon equal split of custody of their two children and property.

Blaming its break down on the increasing overbearing attitude of his wife who had become very insecure and paranoid with him and his long absences for work as she grew older and their children attained full independence.

Then said in his avuncular baritone, the tip of the thick Cuban cigar glowing between the fingers of his right hand.

“No need to cry my son. We men who are blessed with wealth have to carry our cross without complaint. You have grown and have seen that life is deep and not all you see at the surface is what it really is beneath. You yourself can now testify that even though your mother painted me irresponsible, mean and the devil incarnate while you grew up with her with me providing for your everything with time as you became a husband and father yourself, you saw for yourself what was true and what was a lie, that is why you have come here out of respect and honour to inform me about your impending divorce.”

He stopped speaking for a moment, took a drag from his cigar, allowing the smoke roll out from his open mouth as he stared at him, took his hand from his shoulders and leaned back into a more relaxed position on the leather couch.

Then continued speaking in an even more genteel tone.

“You see, whether we like it or not, one wife is not enough for us. So it is either we marry many to keep all of them in check, or we marry one, have as many children as we want with her, divorce, regain our freedom and warm our beds with as many ladies as we can manage if that is what interests us or get involved in other pursuits for our own satisfaction. So don’t be a stupid romantic like me who married four times before he learnt his lesson.”

He shook his head as though the memory of his old self was too pitiful to remember, before he continued speaking.

“Now that you are free, stay single like me and play the field, because the wisdom you need to have is simply this, only the poor are blessed with love, the rich have the yoke of self-interest around their neck. The only love had by any woman who marries you is the love for your money, status, class or family, even if they are equally as rich as you are or even richer. There is no you, just your money. So no one can love you but yourself. Wipe your tears, accept your fate, resolve to support your children without reservation like I have supported you and your siblings, then live as I live without making the mistake of ever marrying again or allowing any woman live with you as a partner or any other foolishness. A woman’s instinct is to possess and control while acting like she has been possessed and is being controlled by the man. It is a war strategy. Play prey even when you are the predator. Victim even when you are perpetrator. Oppressed even when you are the oppressor. Defend even when you are attacking. Subterfuge that plays to the husband being the guilty in the eyes of the public. As they say, the hand that rocks the cradle rules the world. She makes you think you are the head, while she is actually the head. The minute you actually try to be the head, that is the beginning of the end. So what has happened was meant to happen. Being my first son and heir to all I have, I have been praying that God intervenes in your life to make you see the wisdom of living as I live.. Play hard, stay untettered, take care of the children, do good business, grow the wealth. Now God has answered my prayers and saved you from the tyranny of matrimony. Don’t show him ingratitude by complaining and crying …”

Share
Facebook
Twitter
Pinterest
WhatsApp
Previous article
“You have failed as a mother if your son prioritizes you over his wife”-Comedian, Craze Clown opines
Next article
Obi Cubana shows off culinary skills as he cook for his family (Vide