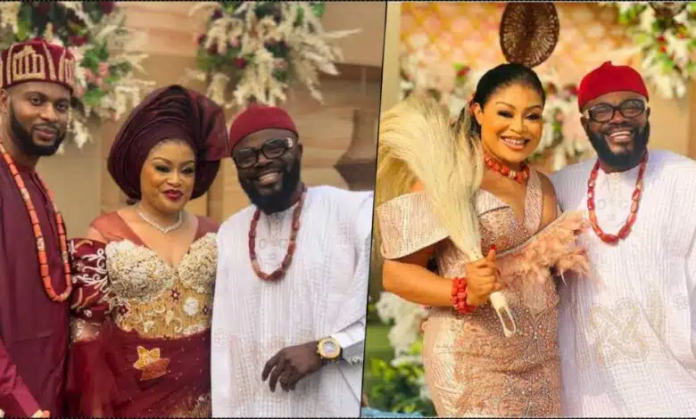 Recall, Nkiru Sylvanus shared pre-wedding Photos of herself and her fiancee now her husband while hiding his face in the photo.

Yesterday, January 12, the couple had their traditional marriage in which Chief Imo was present. Chief Imo after the ceremony releases some photos from the ceremony.

However, Chief Imo was questioned by his colleague, Nosa Rex why he unveiled the face of Nkiru’s Husband.

Share
Facebook
Twitter
Pinterest
WhatsApp
Previous article
“I was placed on medication for life”-Mercy Johnson opens up about cancer, her life changing surgery
Next article
Singer Davido And His Wife, Chioma Tattoos Each Other Name On Their Ring Finger (Video)

“If you have a problem, Call God”-Olamide inform those looking to him for help

“Will our leaders die if they fix Nigeria?”- Nollywood actor, Yul Edochie asks