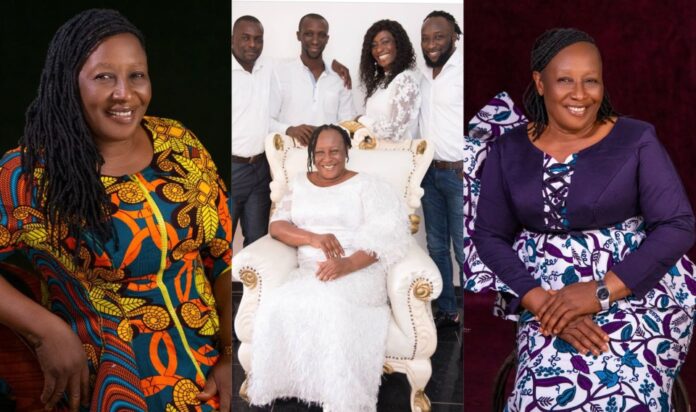 Veteran Nollywood Actress, Patience Ozokwor popularly known as ‘Mama G’ has revealed why she didn’t remarry after her husband’s death many years ago.

The thespian who is known for her wicked mother-in-law/step mother roles in movies disclosed this during a chat with Actress Mercy Johnson on her weekly cook Show edition, Mercy’s Menu.

“I wanted to remarry but my kids had already come of age and they pleaded with me not to marry another man and they promised they will be my husband. They asked me to stay single for them so that they friends will not laugh at them that at their age their mum remarried and I understood them. Though it was selfish of them but I paid the huge sacrifice for them. No sacrifice is too huge for family”.

“It was my son God used for me, he had a dream twice of me with my natural face and hair on and God told him, He prefer me looking that way than when I use Make-up and accessories. By the third time he had the dream, I just knew this is it, I had to stop”.