Why Aliko Dangote Is The Richest Nigerian Alive 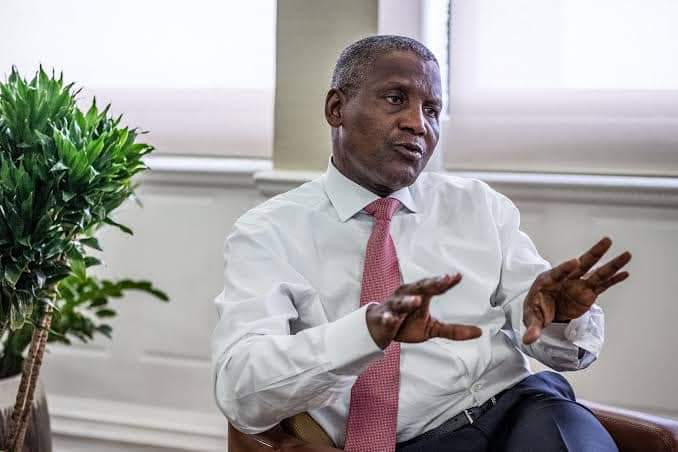 If you want to understand why Aliko Dangote is the richest Nigerian alive and why he is rated as the richest African by Forbes,

Let me break it down:

As of this time last year, Dangote had $3.6 billion in his bank account.

No other living person today in Nigeria has that kind of money in his bank account.

For proper context, Dangote’s cash in the bank is more than the combined market value of GTBank, Zenith Bank, and UBA.

Going forward, Dangote’s wealth is almost entirely derived from his 86% stake in Dangote Cement, which is publicly traded. Dangote Industries, the conglomerate he owns shares in, holds shares directly in the company.

Putting it in proper perspective, Dangote owns 86% of the shares of Dangote Cement.

He used to own more than 86% of Dangote cement until he was forced to sell it in late 2000 to pay back banks that had loaned him money to build Obajana cement.

But of late, he has been buying back those shares from shareholders that he sold them to when he was broke and indebted to banks.

He also has Dangote sugar refinery.

Dangote’s fertilizer plant in Lekki, with a capacity to produce 2.8 million metric tons of urea a year, is his most valuable, closely held asset.

Six residential and commercial properties are owned by the billionaire in Lagos.

His crown jewel, the $19 billion Dangote refinery, is scheduled to start operations this year.

When the refinery finally comes on stream, Aliko Dangote’s wealth will have quadrupled, making him the first African, alive or dead, to enjoy such enormous wealth.

Ironically, Dangote has three daughters; he is not desperate for a son, even with all that wealth.

Rather, he is grooming his daughters to take over from him when he is no longer around.

Dangote might have his flaws, but I think he has worked hard to enjoy whatever wealth he owns today.

More than anything else, Dangote’s entrepreneurial journey and exceptionalism are a poster boy for the ideal that if you want to be rich in Nigeria, look for items that Nigerians consume daily, whether it’s cement, seasoning cubes , sugar, food, salt, species, or rice.

Then scale by creating channels of distribution to reach more people.

Because Dangote understands channels of distribution, that is why he owns more trucks on the road than any other person.

That is what Dangote has successfully done over the past 40 years and more, and that is why he is the wealthiest Nigerian alive.

It Is Not Too Expensive, Your Pocket Can’t Just Afford It