“This is what I paid for”-Onyeze Jesus says as he begs his wife, Pino pino for sex(Video) 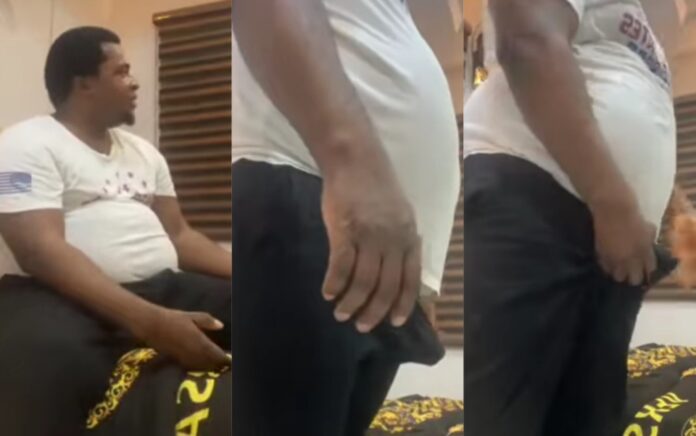 In the now Viral video, Onyeze Jesus who was fully erected in readiness to perform his conjugal duty but was turned down by his wife, pino pino, who was giving flimsy excuses.

The couple could be seen in the video, walking round their bedroom while Onyeze tried multiple times to off the light in other to make love to her but pino pino who was not in the mood continued to switch on the lights.

After several attempts, Onyeze got fed up and quietly lay down on the bed, it was at that moment that Pino pino showed him that the camera captured all that transpired in their bedroom.

Onyeze was shocked, stating that his enemies have caught him, warned pino pino not to post it online but it was too late because the video was Live streamed.