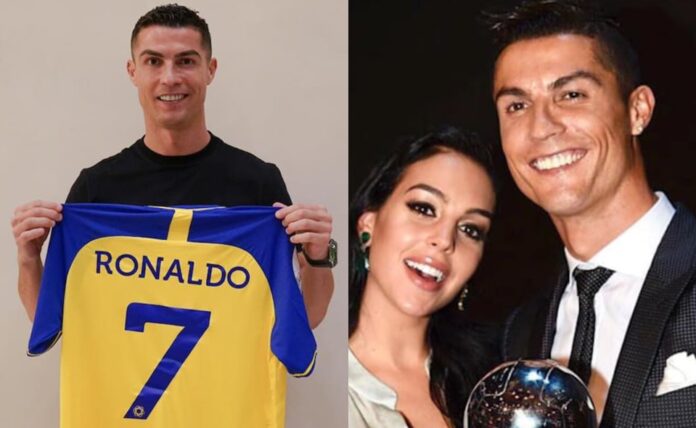 Portuguese football star, Cristiano Ronaldo and his partner, Georgina Rodriguez will reportedly break the law in Saudi Arabia by living together despite the country’s law forbidding unmarried couple living together.

He was also unveiled to fans on Tuesday January 3rd infront of 25,000 supporters at Mrsools park in Riyadh.

Ronaldo’s family were also on the pitch at his unveiling and Spanish Outlet Sport revealed that by living with Rodriguez, the pair will be breaking Saudi law.

As Rodriguez and Ronaldo aren’t married yet, they will technically be in breach of Saudi law.

But Sport’s report goes on to State that according to EFE, a Spanish news agency, due to Ronaldo’s status as one the most marketable althletes in the world, the Portuguese star is unlikely to be punished.