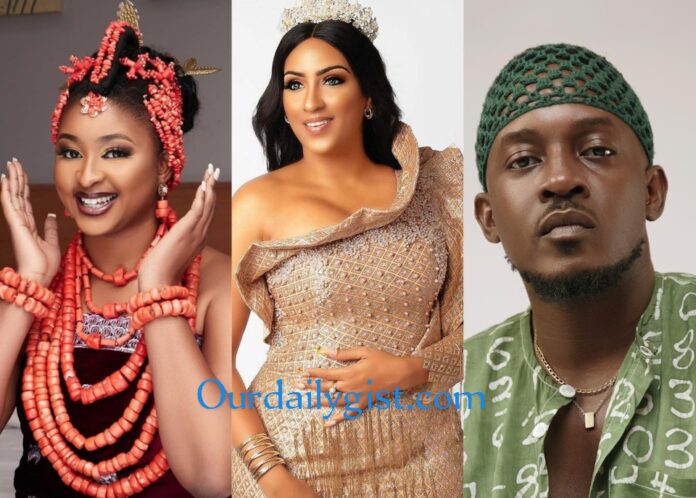 Asthma is a chronic disease that affects many people today but it is not talked about enough. Today, we will be counting down 5 popular celebrities that are battling with this disease. This popular Actress has revealed that she’s asthmatic when she was listening 10 things she can’t do without of which Ventolin inhaler was inclusive.

According to her, One of the essential things she can’t live without is Ventolin inhaler. I use it because I’m asthmatic. It must always be on me because you never can react to something. It’s necessity. Another celebrity who has asthma is Nigerian rapper M.I Abaga. The heavy symptoms of asthma flare up sometimes off and on and M.I Opened up about how he was bedridden some years back because of his asthma. The third celebrities on the list is Nollywood Actress, Etinosa Idemudia. She revealed she is asthmatic during a sun interview when asked what she won’t do because of fashion. She said;

“I won’t choke or kill myself because of style. There are some clothes and styles like turtle neck that can choke your neck and suffocate you. There are some things I don’t mess with because I’m asthmatic. So anything that has to do with my throat, neck or breathing. I won’t mess with it”. Oxlade has been very open about being asthmatic and his battle with asthma. Oxlade has said about his asthma;

“I’m asthmatic yeah that is something many people don’t know. I’ve got asthma so I didn’t smoke atall. I’ve never smoked. I can’t because it’s not good for my health. I’m an asthmatic patient so it’s almost like an awareness to other asthmatic guys like me. Letting the world know that asthma can kill. It is as deadly as corona and other Lethal issue” Finally, the Celebrity who has asthma but hasn’t been really struggling as much with it since 22 is Big Brother Naija former housemate, Pere Egbi. He disclosed this during one of his diary session while in the BBNaija house saying:

“I was six months old when I started suffering from asthma and I had it up until I was 22. So as someone that suffered asthma for 22years, I will set something up to help people who are suffering from that as well. Sounds like alot but I’m sure I can do it”.

Linda Ikeji Is Enjoying Her Life, You Should Too