THE Minister of Information and Culture, Lai Mohammed, Tuesday said Nigeria’s over-dependence on oil is to blame for the recession the nation’s economy is passing through.Mr. Mohammed made the assertion at a news briefing at his residence in Oro, Irepodun Local Government Area in Kwara State.He said the prevailing economic situation was not about trading blames,as “those who understand knew that this recession was bound to happen in such circumstance”.He said the crash in global price of oil exposed the country’s defective economic policy, with oil accounting for over 60 per cent of the nation’s Gross Domestic Product (GDP).The minister said the situation was further compounded by inadequate reserve to cushion the effect of oil “misfortunes’’ on the country.“We have a very defective economic structure, which depended largely on a single platform of crude and fuel.“Crude oil accounts for between eight and 12 per cent of our GDP and another 53 per cent of the GDP which we call non-oil, unfortunately also depend on the same oil.“When the price of oil now crashes in the international market, definitely you are bound to have this kind of shock in the economy,” he said.He decried the citizens’ preference for imported goods to local products, saying that substantial amount of the country’s foreign exchange earnings was being expended on importation of goods and services.Mr. Mohammed also blamed past administrations’ inability to achieve massive investment on infrastructure to assist manufacturing industries and boost agriculture production for part of current problem.According to him, such inadequacies are responsible for the socio-economic imbalance being experienced in the country today.The minister, who acknowledged that there was growth in the nation’s economy between 2010 and 2014, however, said the growth was only fueled by consumption.“The growth was not fueled by production or fueled by investment, and that explains why it was shortlived,” he said.He said the present administration’s efforts to correct past anomalies could not be felt immediately because the rots in the system were too enormous for short term remedies.Mr. Mohammed said the administration inherited a debt of N65 billion on fertilizer procurement alone.He listed part of the administration’s reforms to include investment in infrastructure and agriculture production.“People say we should not talk about what happened yesterday but it is pertinent to learn, understand and move away from past mistakes.“In the whole of 2014 the government then, expended about N18 billion on roads, but spent N35 billion on travels.“This year alone, we have spent N70 billion on roads.“People say why are these steps not being felt immediately? It is because the last government refused to pay contractors between 2012 and 2015 even when crude was selling at 100 dollars per barrel.“Out of the N70 billion being owed Julius Berger, we have paid N14 billion.“If government was not owing Julius Berger in the past — and we paid N14 billion to them — you would have seen them busy on the roads,” he said.He said “Change Starts with Me” initiative launched by the Federal Government on Tuesday was to instill discipline and the needed change of attitude in both the leaders and the people. 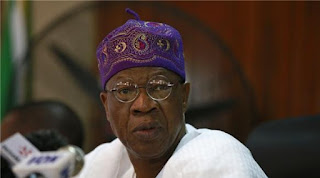 According to the minister, such remained the basic foundation and the driving force for actualising socio-economic transformation for the country.“Nigerians have to change their attitude from the past; it is not only about the leaders but also the followers.“This is the only way we can achieve our desired progress, growth and development,” he said.(NAN)