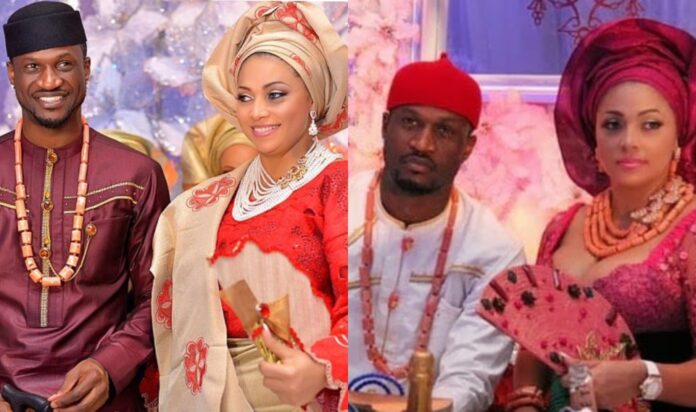 Popular Nigerian Singer, Peter Okoye, has spoken about the age Gap between him and his wife, Lola Omotayo Okoye.

Speaking in a recent interview, Peter Okoye who showered praise on his wife, noted that not so many Know she’s much older than him. Lola clocked 50 in September, 2022 while Peter and his twin, Paul is 41.

According to the singer, before they got married, people told his wife that he was going to dump her for someone younger but he made his decision and married her because she was truly the woman he wishes to spend the rest of his life with.

“You Know my wife, she has been through a lot in her life and I’m more like her support system. I’m not gonna let go despite what everybody says. She’s more like a queen. I know she’s an individual who….. She took me when I was nobody.

She supported not just me, she Supported us then. She’s an amazing and a strong individual like she’s an angel and I’m very proud. You know sometimes, not many people know she’s more older than I am with a lot of numbers but it’s a decision I took and I have no regrets about it.

I made up my mind like you’re the person I want to spend the rest of my life with. I got married after two kids. Everybody was expecting me to dump her and marry a younger woman”.

Watch him speak below:

“Do not marry anybody thinking you can change them after marriage, you will fail”-Blessing Nwankwo advises