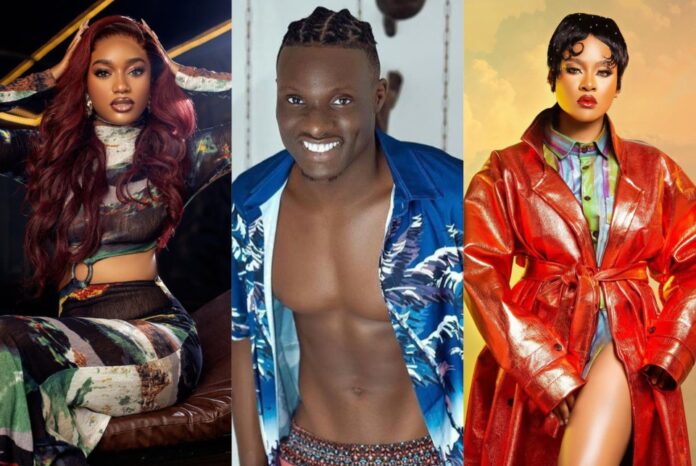 Big Brother Naija season 7 housemate, Chizzy, has taken to social media with a message to his Level up colleagues.

The reality star in a tweet revealed that his colleagues are still fighting each other while their fans have switched to Big Brother Titians Housemate, Ebubu.

Chizzy advised that Level up housemates should renew their subscription which he termed “Buy sense”.

“Legit cap morning….. Level up Hms still fighting while fans have switch to Ebubu. You need to renew your subscription (Buy Sense). Chizzy’s post from all indications maybe directed at Phyna and Beauty Tukura as their fans seems to be more toxic, engage in different drag and trolls on social media.

BBTitans: “Khosi’s body and the way she talk is nice but her face is a No”-Jenni O and Olivia says (Video)