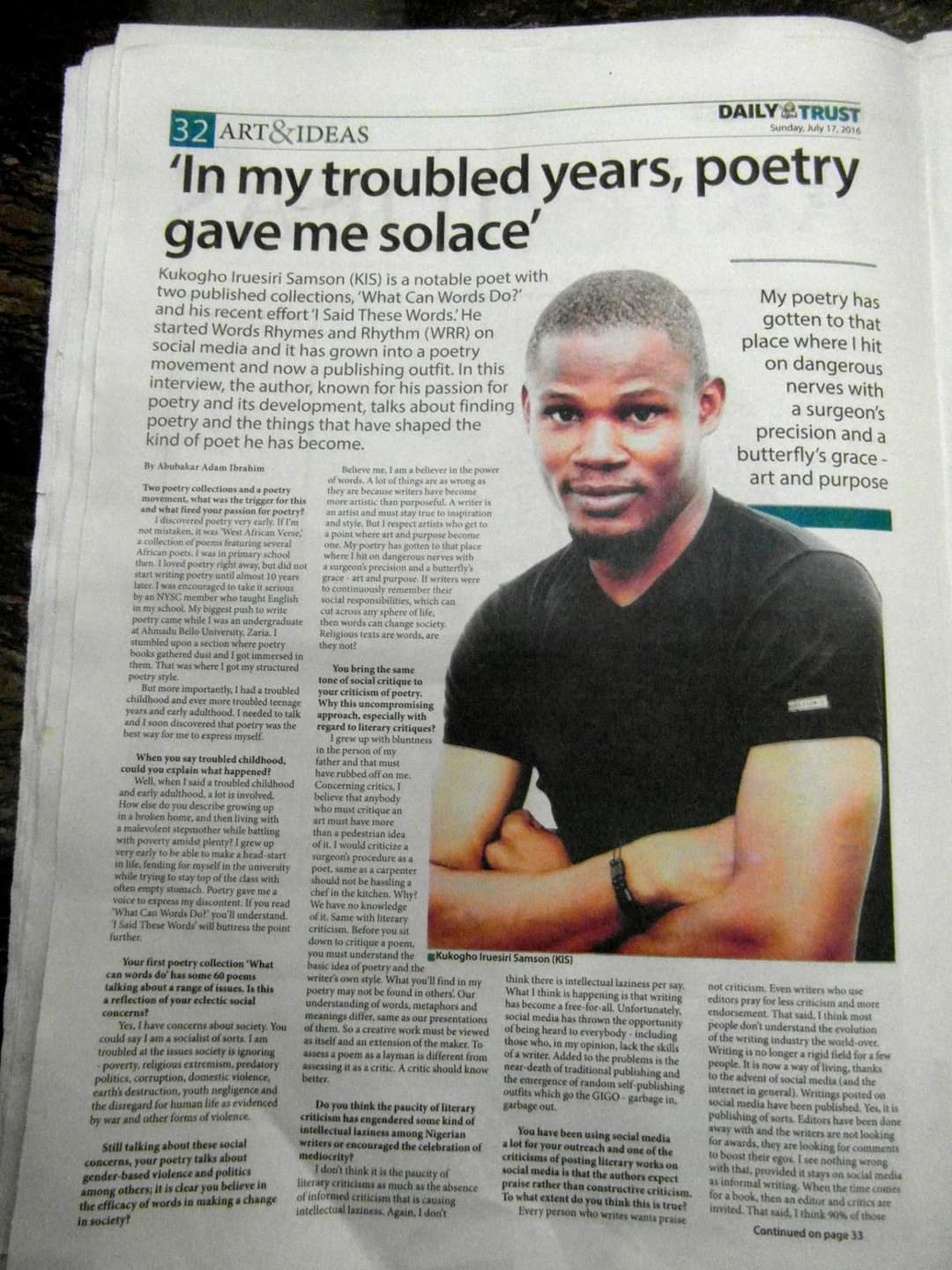 I used to be in the media (newspapers, TV, radio, websites) a lot from 2013 until around 2016 when I began to avoid it. I would frequently turn down interview opportunities, offending some people along the way. They did not understand why. Here is the story behind it.

Some years ago Daily Trust published an interview of me that spread across four pages and a (jealous) senior colleague of mine saw it. She quickly went to HR, which was headed by another female friend of hers, and together they accosted me.

Now, this interview was strictly about my writing. Nothing about the place I worked. Nothing about Nigeria or anyone else for that matter. But they were so brash and bitter about it that I was genuinely worried about my job.

I told my department head about it. Maybe she could help me calm the waters, I thought. She told me that these women had already told the Chief Executive of the organisation about my interview and that he actually told them to forget about it if I didn’t spill any official information.

I wasn’t going to leave things to chance. So I managed to get an audience with him. When I told him why I was there, he was visibly angry as he said, “What is wrong with that woman? I told her to mind her business!” He told me to ignore them and do my thing as long as I kept it strictly personal work-related.

I ended up spending the rest of the day in that office. We gisted at length like long-time friends, even though that was our first one-on-one convo. He told me how he used to write when he was much younger, and how he used to hover around the young but famous Soyinka then. He eventually bought a copy of What Can Words Do and connected me with his son who was looking for a publisher for his book.

I was fired-up after our conversation. Unfortunately, he was replaced not long after and the women who wanted my head became even better positioned so I had to stop my media appearances. And that was how I totally removed myself from the eye of the public.