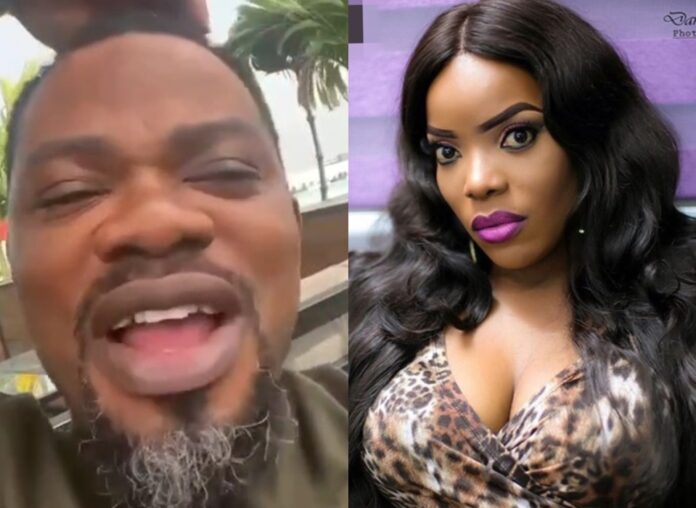 Actress Empress Njamah’s Ex-fiancee, Josh Wade has began carrying out his threats as he releases her nude videos.

According to report, Josh Wade has created a WhatsApp group where he added many people and began sending private videos of Empress.

In one of the trending videos, He also confessed that he misses the actress and his a bit confused. He also warned Empress to stop spreading false rumors of him being unable to travel.

“I’m just confused, I swear to God I just miss you. Seriously, I just miss. That’s the real truth, That’s no joke. But please, stop telling people that I can’t travel. Don’t do that I beg you please”- He said

"I really miss you" Empress Njamah's estranged fiancé says as he begins releasing her n¥de videos.

He created a WhatsApp group where he added multiple people and began posting videos he took of Empress in her house, including innocent videos of her taking a bath. pic.twitter.com/0VYbfuWSsZ

Reuben Abati Shared Photos Of Her Daughter, Elizabeth On Her Call To Bar