A total of 233 women emerged in the recent parliamentary election that held in France, beating the previous record of 155 set after the last election.

There are 577 lawmakers in France.

In Nigeria where there are 469 federal lawmakers, only 22 are female — 15 in the house of representatives and seven in the senate.

According to Inter-parliamentary Union data compiled at the start of June, France jumped from 64th to 17th in the world rankings of female parliamentary representation and to 6th place in Europe, overtaking Britain and Germany.

LREM, which won an overwhelming majority in Sunday’s ballot, had the highest proportion of women elected, at 47 percent.

“For the first time under the (postwar) Fifth Republic, the national assembly will be deeply renewed, more diverse, younger,” the party’s acting president, Catherine Barbaroux, said.

“But above all, allow me to rejoice, because this is a historic event for the representation of women in the national assembly.”

Female representation in the national assembly has risen steadily, from 12.3 per cent at the 2002 election to 38.6 per cent this time.

Most parties still put up more men for election, despite France having a system in which a party’s funding is restricted if women do not make up at least 49 percent of candidates.

Female candidates have also tended to stand in constituencies they are unlikely to win, keeping the numbers of women who make it to the Palais-Bourbon low.

“(Macron’s) En Marche (party)… proactively decided to give winning seats to women,” said 34-year-old Brune Poirson, who beat the far-right National Front to be elected in the Vaucluse district in southeastern France. “This is a really bold move.”

“(Macron)… said: this is your responsibility as well – we need you. It was very powerful, and it really worked.

“Normally political parties allocate women seats that are almost impossible to win, so they can say ‘hey, we have as many female candidates as male,’” added Poirson, a parliamentary novice with masters degrees in political science from Harvard and the London School of Economics.

Poirson decided to become a candidate in January when Macron sent a video to LREM members urging more women to put themselves forward.

Laurianne Rossi, elected to the Hauts-de-Seine district on the outskirts of Paris, said even with the increase in female lawmakers, it would take time to make a real difference.

“There is still a long way to go before we get real equality…(but) the arrival of so many more women at the national assembly will really help,” said Rossi, a 33-year-old former assistant to a socialist senator.

Frances Scott, founder of Britain’s 50:50 parliament, a cross-party group campaigning for gender balance in the legislature, said the result in France would spur parties in other countries to field more women candidates.

Britain set its own record in elections on June 8, with 30 percent of parliamentary seats going to women.

“The evidence suggests that having more women in parliament leads to more informed and more responsive decision-making. It leads to a better parliament.

France just elected 233 female lawmakers — but Nigeria has only 22 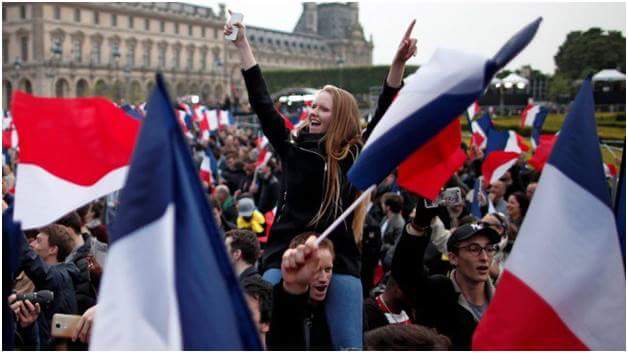