Couples Should Not Be Sleeping In Separate Rooms 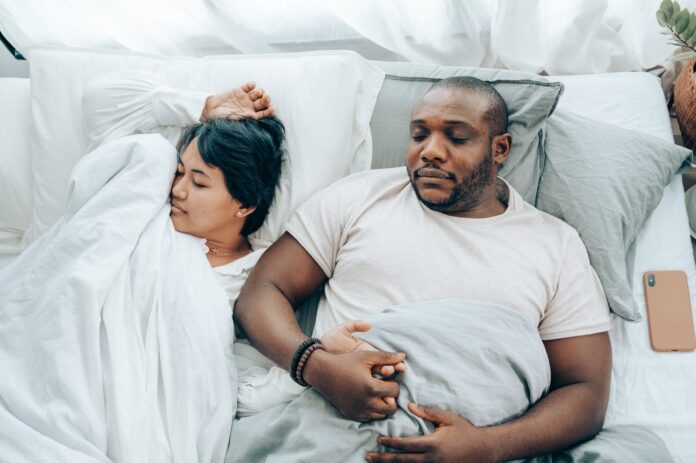 DO YOU SLEEP IN SEPARATE ROOMS AS MARRIED COUPLE?

Sleeping in separate rooms is another monster hijacking the peace and passion of your union. I know you will still argue.

I see several people saying they sleep in separate rooms with their spouse because of their children and it works for them.

I know many excuses will be hinged on children as usual. As a parent coach I am sharing with you expert details you must note while you argue.

Your children are individuals /human beings and will require a level of independence from the day they are born.

One of the biggest challenges in parenting today is raising children who are dependent and a burden instead of a blessing.

Sleeping with your children doesn’t show you care more for them, in reality that might make them more dependent and alter the system required to build independence as an adult. This might become a disservice rather than love.

Like I often say, you can love your child and still “kill” them because you lack skills.

Your children will need to grow, part of growth requires a level of Independence, you can rob them of that unintentionally because you want to choke them.

Every day you lose connection by not sharing space with your spouse, for the record, this connection is not SEX! the ability to  “struggle” for shoe space, hosting while one person is pooing ( with doors closed of course ) .. hang your Pants and your spouse rewashes it because it fell, arrange your space and the other puts their on yours.

As little and as inconveniencing these seemingly little things are they build connection.

I have watched the Governor ( My Husband ) who is a marriage counselor Kunle Ologe work with couples for years and one thing I have picked up is that.

“NO MARRIAGE DISINTEGRATES ALL OF A SUDDEN”.

In any struggling marriage you see, you will notice that a breakdown started from seemingly harmless stuff like sleeping in separate rooms.

Again, you are married to your spouse, not your children, and statistics have shown that most marriages start to crack when children appear in the scene. Not because children are a burden but because we are not intentional enough to understand that the presence of another “person” can alter the dynamics of marriage and must be paid adequate attention to strategies on how to maintain a connection.

Again, stop raising children who are dependent on the name of “I want to do everything for my children” .. it’s a recipe for disaster.

Even a newborn requires a level of independence that must be taught by parents. I shared in detail in my book how to raise an independent-thinking child even if your child is a day old.

Argue it from now till forever, sleeping in a separate room with your spouse is a recipe for disaster.

Meanwhile, do you sleep in separate rooms? Your reasons are valid but won’t give you required results.

I won’t marry until Hushpuppi sleep with me- A female fan stated.