BBTitans: Sandra Waged War Against Khosi As She Reports Her To Biggie 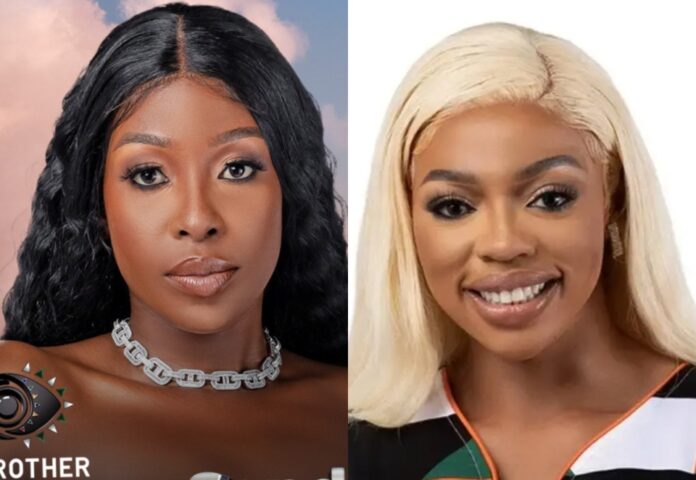 Sandra’s moves against Khosi has sent fans spiralling into a conversation of wrongs and right. Since she stepped into the house, She has waged a cold war against Khosi. The battle line between both ladies has been drawn by unknown source.

The negative energy they are transmitting to each other is because of Yemi. It is not still clear if Sandra likes Yemi or what went down between them outside the house but inside the house, he has a special connection with Khosi.

This special connection seems to be the source of anguish for the new comer. She is determined to destroy the budding Relationship while it does not seem like the south African lady, Khosi has any problem with her. She thinks otherwise.

During her diary session, she reported to Biggie what she felt was an offence from Khosi. According to Sandra, She has been getting snake eyes from her since she stepped into the house. Her conversation with Biggie shows how much she despised Khosi.

BBTitans: “Ipeleng Is A Wicked Person And Also A Pretender”-Olivia Tells Yvonne (Video)