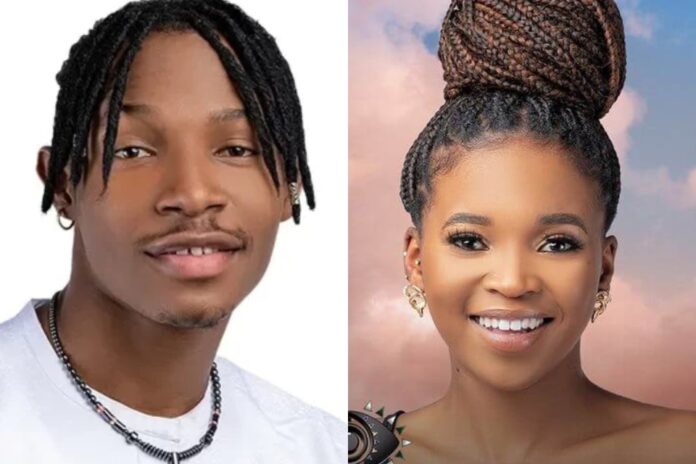 Kanaga Junior, one of the Nigerian housemate in the Big Brother Titians Reality Tv show has warned his colleague, Tsatsii, a South African,  to desist from calling him ‘Babe’.

In the early hours of Wednesday, day 3 of the show, Kanaga and Tsatsii were having a chit chat where they were taking about the hair net kanaga had on his head.

Tsatsii while trying to air her own opinion called Kanaga ‘Babe’ which he immediately objected to as he clearly stated that he is a brother to her.

Share
Facebook
Twitter
Pinterest
WhatsApp
Previous article
Actress Caroline Danjuma Bags Masters In Law With 4.09GPA (Video)
Next article
“Wearing night gown this night is a waste of time because you will still find it on the floor in the morning”-Nigerian pastor tells wife

Phyna Becomes First BBN7 Housemate To Be Verified On Instagram