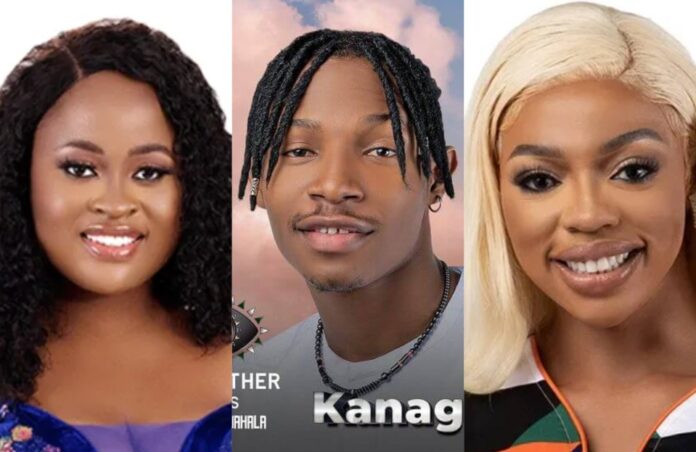 Former Big Brother Naija ‘Level Up’ housemate, Amaka Mbah has revealed the Housemates she loves most in the ongoing Big Brother Titians show. Amaka revealed to her Twitter fans that she loves Khosi and Kanaga Jnr.

“I can’t help but stand Khosi at this point…. She has taken my heart” “Kanaga too is another darling, I love how stable he is stable with Tsatsii”. BBTitans: “I have no panties on”, Blue Aiva tells Yemi….’Let me see’, Yemi replies (Video)

Fan Advises Big Bella On How To Maximise Her BBNaija Fame