Baifra: Why Is Obasanjo, IBB, Abdulsalam, Others Not Talking On Agitation – Doyin Okupe

Baifra: Why Is Obasanjo, IBB, Abdulsalam, Others Not Talking On Agitation – Doyin Okupe

A former aide to the immediate past administration of Goodluck Jonathan, Dr. Doyin Okupe, has urged Nigerians to pray for the Acting President, Yemi Osinbajo because he needs “wisdom from God” to handle the agitation for Biafra.

The former aide questioned why past leaders have refused to talk about the agitation in order to address some of the grievances raised. Those he blamed for remaining silent are Olusegun Obasanjo, Ibrahim Babangida, Abdulsam Abubakar and TY Danjuma.

He made the remark while reacting to a video in which Igbo youths in their thousands besieged the compound of the leader of the Indigenous People of Biafra, IPOB, Nnamdi Kanu, chanting “give us Biafra, give us Biafra.”

In a statement he signed, the former Presidential aide berated the federal government for not taking the issue of Biafra seriously.

He accused the government of pushing the Igbo people to the wall by not treating them fairly in the scheme of things in Nigeria.

Okupe also faulted the Presidency for not inviting Kanu during the recent consultation with leaders of thoughts from the South-East region.

He accused the federal government of making bad judgment when it comes to the situation of the Igbo people.

The statement reads, “There is indeed a “god” in Abuja. He is a very prideful and powerful god and his head office is in the Villa, the seat of power.

“Unlike Jehovah God, it does not give liberty to his subjects to exercise their will. He is captivating, imposing and compelling, forcing his will at random on his subjects and their subordinates.

“During President Obasanjo’s tenure, a very senior minister and a distinguished gentleman, during a period of national crisis, got up and with all his weight slammed the Presidents table and retorted vociferously ” Mr President, after God in this country, it is you,your word is law.!” When I heard that statement I knew it was god of Abuja that was speaking through the Hon. minister.

“Abuja itself is a Jerusalem of some sort. For as mountains souround Jerusalem, so they also souround Abuja, Also making it a naturally fortified city and giving a sense of comfort and safety to its Inhabitants . ( I pray my brother Femi fanikayode does not read this piece. if he does he will call me definitely to correct me about the comparison between the Holy city of Jerusalem and Abuja!!)

“The Abuja god and the water tight security of Abuja often times make the custodians of power make inadvertent misjudgements about the situations elsewhere in the country. And I should know haven been a victim and witness to such misjudgements several times while around the corridors of power.

“This morning I could not withhold the tears from my eyes when I saw the video of thousands of ibos, mostly youths, waving Biafran Flags and chanting in Nnamdi Kanu’s compound “all we are saying is give us Biafra”

“I cried because I empathised with them and I wondered how we managed to push a people to such a position of hopelessness and despair. I also fearfully wondered if by any act of commission or omission I have played any role in this ignoble act (s).

“Last week I wrote an open letter to the acting President . one of my recommendations was that the federal government meets with IPOB leadership and southeast stakeholders. “Unfortunately the God of Abuja speaking through the Ag. President said” the IPOB leaders are not members of the leaders if thought in the southeast.

“Yet in a country with a sitting government, the IPOB Leadership gives a sit at home order and it is obeyed in totality by the entire Igbo Nation.

“It has come to a sad point today that the IGBO and the actions or inaction of Prof Yemi Osinbajo will define the future of Nigeria.

“Yet I believe that there are still living legends of our time in this country who can move in to stop this dangerous insidious slipping into darkness.

“Why is obasanjo quiet? why is there no sound from IBB? What happened to soldier turned diplomat, Gen Abdusalam? Not a word from Gen Danjuma, Gen Gowon, Adamu Ciroma “Alex Ekweme, Chief Akinjide, Alani Akinriade and others?????

“If all the above elders and leaders who know the ropes stand aloof, why can’t the Ag. President take counsel from them privately and individually and deliver himself from the god of Abuja who always misleads his subjects until they are removed one way or the other.

“This is no longer an Igbo affair. It is a total NIGERIAN PROBLEM. Lets all put hands and heads together and find a solution, any peaceful solution before this impending National disaster overtakes our nation.

“In the meantime let the rest of the nation go on our knees and pray for Prof Osinbajo that the God of creation, who is greater than all other gods and who has saddled him, as Ag. President with the responsibility to lead the country at this time to give him the divine wisdom courage and genuine helpers to see our nation through these difficult times.”

Biafra: Why is Obasanjo, IBB, Abdulsalam, others not talking on agitation – Doyin Okupe 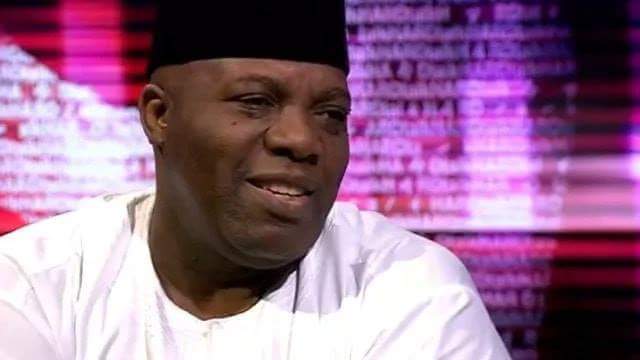