Actress Uche Ogbodo and her baby daddy, Bobby Maris set to have their traditional marriage today in Imo State 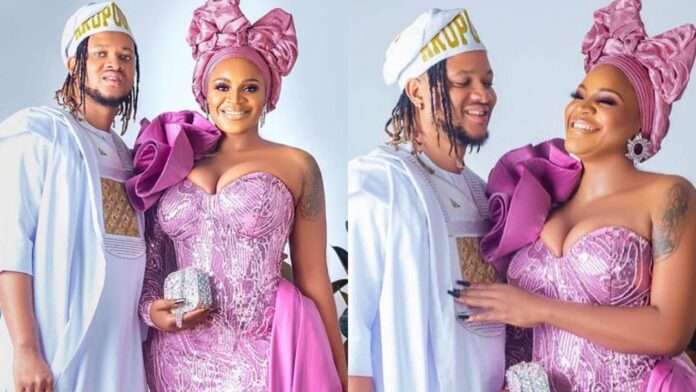 Popular Nollywood Actress, Uche Ogbodo and her baby daddy, Bobby Maris is all set for their traditional marriage which is taking place today, January 5th, 2023 at her hometown in Imo State.

According to report, The mother of two doesn’t want the public to Know about the occasion as she had earlier denied getting married officially to the Bobby Maris, The father of his second child.

Uche ogbodo was formerly married to a footballer, App Arthur and their marriage produced a baby girl before it crashed.

However, She found love again in the hand of a fast rising artist, Bobby Maris and they begot a baby girl together.