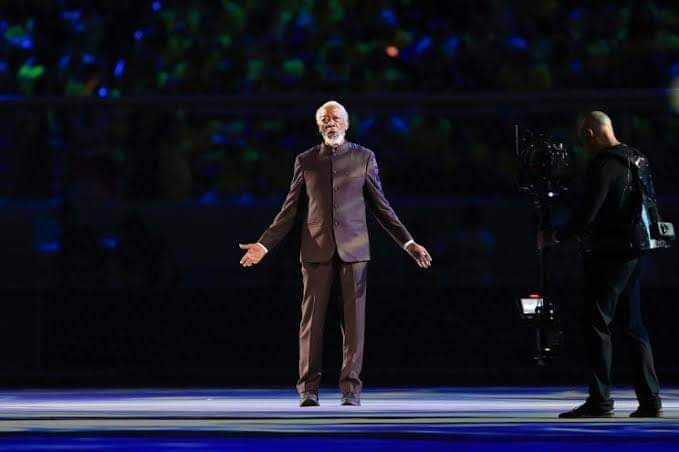 2006 wasn’t really a big Fifa music year, but it was nice to have the legendary Toni Braxton sing.

2010 was by far the best year. It featured R.Kelly and Soweto Choir’s ‘Sign of a victory’, as well as the almighty ‘Waka Waka’ by Shakira.

2014 Fifa theme song sucked. But seeing Jennifer Lopez’s banging figure on stage at the opening and closing ceremony made up for the boring ‘We Are One (Ole Ola)’. Pitbull and Claudia-somebody were an unnecessary addition.

Shakira wasn’t the 2014 headliner but her ‘La la la’ song, the second theme song for that year’s event knocked that Jlo and Pitbull mess.

2018 Fifa official song was as good as not having one. Who assigns such project to Will Smith and some singer Nicky Jam? What were they thinking?

So I was hoping that 2022 will bring back the glory of Fifa world cup theme songs.
As it’s the only aspect of the tournament that thrills me.

You know, if all were right, at least one big song should’ve taken over the airwaves ahead of the opening ceremony. You’d be looking forward to seeing the singer do their big one on stage.

Hello? ‘Wavin’ Flag’ by K’Naan was just Coca Cola’s promotional buzz track for the 2010 World Cup (not the official theme song) but it was on every child and adult’s lips that year. There used to be a song to usher in the spirit of the world cup.

Football and Argentina’s embarrassing defeat aside, where’s that one music representing this year’s event?
I said I wasn’t going to talk about the disappointing line up of artists they were picking like they’d run out of options. You’d think cross-cultural icons like Shakira and Usher have retired.

Although it’s said that several artists refused to partake in the event due to the many controversies caused by ndi alakoba.

Well, there’s an official tournament song ‘Dreamers’ by Korean star Jung Kook of BTS and Qatari singer Fahad Al-Kubaisi.
Exactly, who the f*ck are these names globally?
Who’s talking about their song and performance at the opening ceremony? Does is look like an
opening ceremony even happened?

This Qatar event is just a pot of cold, watery beans.
It took Morgan Freeman’s 85-year-old azz to make the ceremony worthwhile. Tueh!